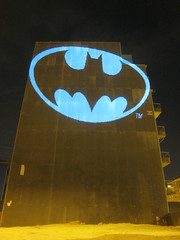 As Jess posted on Wednesday, I joined a conversation with her, Jessica of feministing, Kira of the Guardian Women’s Pages and Jemima of the techy space at the Guardian this week about ‘women on the net’. Caitlin Fitzsimmons’ write-up is a great start, but isn’t able to do the full conversation justice, so I thought I’d write out some of what I’ve been reflecting on in more detail. I had so much to say though that I’ve had to split the post into three! A full podcast of the event is available here.

You can read Part 1 of this series here and Part 2 here.

As part of the discussion at the event we talked about options for creating more constructive blogs, including several technical solutions for dealing with trolls. One of these was for commenters to develop profiles, which the recently redesigned version of the cif site seems poised to deliver.

Another idea I had was for feminists online to get organized and start swarming. As the first few/several comments tend to set the direction of threads (at least on cif), I think one way to make sure conversations aren’t derailed is for feminists to get in to the comments really soon after posts go live. If we see a post go up, or know of one that will, we could send out a kind of bat phone or bat signal alert to other feminists online (via listserves or blogs or whatever) and then all swarm the post.

The idea wouldn’t be to shut down the chance for others to contribute, but to make a point of debating the content of the post and set the ball rolling on that vein. It’s not a long-term solution, but could be an effective remedy for the way feminist posts are treated (e.g. Cath Elliot’s recent one which we then continued here) by challenging the current culture of the commenting. Eventually, hopefully, the increase in intelligent conversation would encourage most readers to buy into the idea of non-personal (and non-abusive) debate such that any breaches in conduct by a single commenter would be immediately challenged and dismissed by the whole cif community.

Photo by Si1very, shared under a Creative Commons license