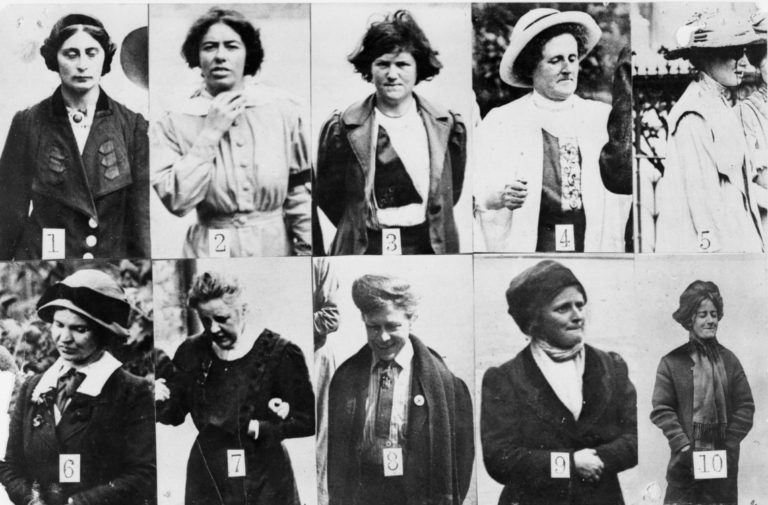 I suspect I’m not alone in being a bit vague on my suffragette history.

So I was really impressed with Her Naked Skin, by Rebecca Lenkiewicz, on right now at the National Theatre. The play is set in 1913, and follows a few of the more militant suffragettes at the height of the movement – beginning with Emily Davison’s death, through force feeding of women on hunger strike at Holloway Prison, and the ‘Cat and Mouse Act’, which allowed women to be released from jail long enough to recover a bit, then incarcerated again – so they didn’t die in prison.

The plot also hinges on a love affair between Lady Celia Cain (Lesley Manville) and Eve Douglas (Jemima Rooper), a younger seamstress, providing a window into some of the class tension in the movement, the private lives of these political activists and the internal politics of the suffrage movement (yes, the infighting might look quite familiar!) All of this is played out on a fantastic set – dominated by cages representing prison cells at Holloway.

But it was Susan Engel’s performance as an older suffragette named Florence which really stood out for me. The character is a non-nonsense leader, who refuses to bow to the violence and degradation of the prison system through wit and pure front. She is charismatic, unapologetic, hilarious and above all brave. The dialogue overall is excellent, but Engel gets the best lines, and delivers them magnificently.

And, despite the seriousness of the subject matter – including uncompromising depiction of force-feeding, the play is extremely witty overall. Lenkiewicz portrays the suffragettes as steely, committed, radical, individual human beings who didn’t always get along, but were also funny – and she sends up the politicians standing in the way of women’s suffrage to great effect as well.

You can see a trailer on the National Theatre’s website.

The feature image is made up of surveillance photographs of suffragettes who had been imprisoned in Holloway. It is a series of blurry black and white photographs of women wearing Edwardian clothing. Crown Copyright, courtesy of The National Archives.
The photo in the text is by Catherine Ashmore, used with permission.