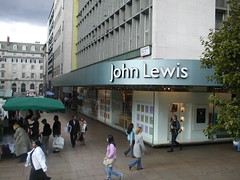 Today The Independent reports that 60 Tory MPs have relatives on their staff rolls, who they pay £40,000 each.

Well, what the Independent fails to comment on, is that every single one of the examples they cite involves a male MP paying a female member of their family, usually their partner, seemingly always as office manager, secretary, etc. Perhaps there are other examples, of sons and uncles being employed as PAs, or neices as political advisors – the Independent doesn’t list the circumstances of all 60 MPs. But that seems to be the trend.

There’s a lot to unpack here.

On the one hand, the role of MP is a public one, and it is perhaps unfortunate to employ your nearest and dearest, rather than advertising the job and giving it to the best qualified candidate. It is nepotism.

Then there is the nature of the jobs, and the gender imbalance of men taking on the weighty role of running the country (a bit, prospectively), while their wives and daughters are enlisted to do the filing and answer the phones. I can only imagine the power imbalance involved in having your partner as your boss, setting your wage, etc. I don’t wonder, either, that there are few female Conservative MPs (those that exist) employing their male partners to run their office for £20,000 a year, while they most-likely combine an MP’s salary of £61,820 with outside work.

But, on the other hand, do I detect an implication that the reason for the outrage that these are not ‘proper jobs’, perhaps that the women in the family could be expected to do this work anyway, without being paid, and certainly without being paid a decent wage? And, surely, plenty of family businesses are run by paying wages to your immediate family and partner. The Independent combines the story with info about MPs’ expenses, such as the “John Lewis list” allowance for household items for second homes (seriously! Although it’s been drastically reduced and rebranded the “IKEA list”). As though paying someone a fair wage to do a decent day’s work is equivilent to getting an extra allowance for a nice sofa in your constituency home.

Photo by Dan Lockton, shared under a Creative Commons license