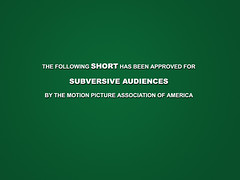 1. In the Guardian today, I fear Jessica Valenti rather underestimates just how bad the ‘mainstream feminist’ response to the ‘Obama situation’ really is. Not only is there less commentary/action on the sexism that Michelle Obama faces compared to when Hilary Clinton was facing similar during her campaign, The Herald informs us that some Democrat feminists are so mad at Clinton’s loss that they are actually planning to vote for McCain in protest. Messed up much? Here’s hoping Katha Pollitt is right and there’s only, like, five of them.

2. Britain has signed the UN Declaration of Human Rights, CEDAW and the Refugee Convention, introduced its own Human Rights Act and is bound by various European equivalents of the above. In treating women asylum-seekers the way it currently does, then, the British Government breaks international law, European law, and self-made national law. To help the UK Border Agency get to grips with its malpractice and what it can do to transform itself, Asylum Aid has developed a Charter of rights of women seeking asylum. Endorsed by over 50 organizations already, including Amnesty, Liberty, Fawcett and Refugee Council, the Charter lays out a clear framework of principles on how to treat women asylum seekers properly. Click on the link above to find out more, join the google group or endorse the Charter yourself. Watch ‘Random Acts’, a play about the story of one woman asylum seeker developed by Debora Singer, Coordinator of Asylum Aid’s Refugee Women’s Resource Project, here (18 minutes).

3. feministwebs.com has successfully secured funding to develop their site further (which includes the fab I’m not a feminist workshop (Word doc)). I’m mentioning this next phase of theirs because it looks to me like a concrete intervention into that old ‘waves’ chestnut. The group will be training young women in oral history so that they can interview older women about their involvement in feminist youth work from the 1970s-early 1990s. Collected stories and physical artifacts will be collated into an archive that will then be launched online and at Manchester Metropolitan University. They’re currently recruiting for young women to be involved, click here for details. If anyone does participate, can you write back and let us know: are we third wave or what? Inquiring minds want to know. (Apparently. Personally, I’m not that fussed.)

4. The quite impressive Ulfah Arts is developing a Muslim Women Music Makers (MWMM) International Campaign, to be launched at the World Music Expo in Seville in October. One of the main aims of the campaign is

To bring these artists together under a banner to push for space at mainstream festivals and events, radio play, profile etc

If you know any Muslim women artists, please ask them to complete this questionnaire and send it to Naz Koser Ulfah Arts’ Director before 1 September. Isn’t it nice to read a whole paragraph about Muslim women and not have the words ‘forced marriage’, ‘culture’ or ‘cohesion’ bog down your reading?

Photo by Rico Thunder, shared under a Creative Commons license