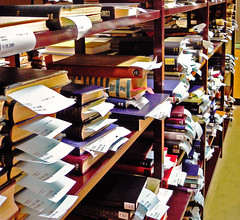 Back in July we tossed about recommendations for feminist, or feminist-inflected fiction… but how about the autobiography section?

Have you read an interesting personal account of the women’s liberation movement in the UK? The suffragettes? The third wave?

To start it off, I am half-way through Michele Roberts’ autobiography Paper Houses, which romps through her personal life, deeply entangled in feminist activism (it’s subtitled ‘A memoir of the ’70s and beyond’).

Photo by svenwerk, shared under a Creative Commons license