Photos from Department of Health protest

As we’ve mentioned already, the government blocked attempts to debate liberalising amendments to the Human Fertilisation and Embryology Bill. One of those amendments could have extended abortion rights to Northern Ireland, and Northern Irish feminists, supported by feminists from other parts of the UK, were lobbying hard to get this passed.

Socialist feminist group Feminist Fightback, as has previously been mentioned, chained themselves to the front of the Department of Health. Feminist Fightbacker Alice sent in some lovely photos from the protest I thought folks would appreciate, even though the opportunity for reform was ultimately lost.

Why the Department of Health? Feminist Fightback says:

The Department of Health was targeted because neither the Minister for Health, Dawn Primarolo MP, nor the Minister for Women, Harriet Harman MP, have publicly expressed their support for pro-choice amendments. 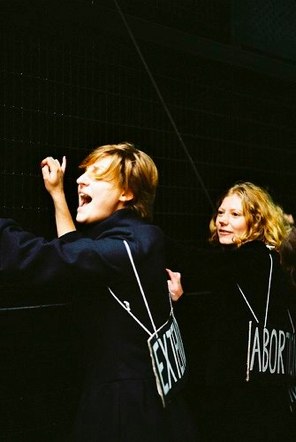 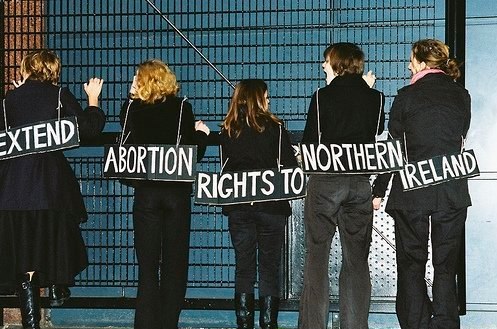