Policing masculinity – board games and bikes 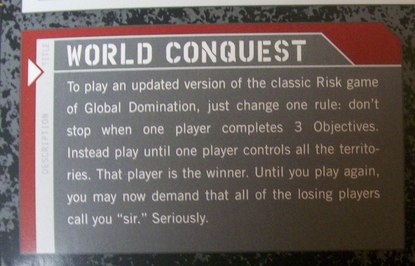 The board game Risk has been given a ‘manly’ makeover by Hasbro. The packaging is now covered in slogans such as “are you man enough?”, big pointy arrows and instructions to “man up!”

Winning players are encouraged to demand all the losers to call them “sir” until the next game. Apparently the board game’s narrative of colonisation and world domination wasn’t ‘macho’ enough!

Sociological Images has the full story and loads of photos. 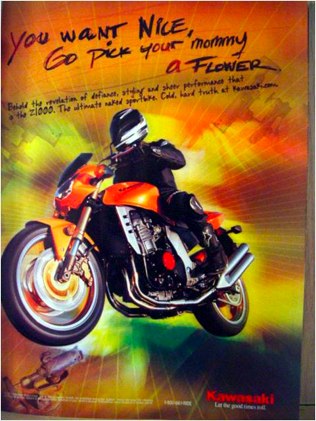 This is from a collection of particularly unsubtle and noxious ads, also over at Sociological Images, which are all attempting to sell stuff to men on the basis that it will reinforce their masculinity – primarily by avoiding any hint of femininity.

These ‘instructions’ for men on how to ‘do’ masculinity are a bit more subtle. Although clearly meant to satirise the procedure of appearing sufficiently masculine, they still seem to me to reinscribe the male panic they send up – in these cases over acting ‘like a woman’ (struggling to sit in an ‘appropriately’ manly way on the bus) and homophobia (showing too much affection when hugging another man).