There have been two horrific murders in the past week. 19 year old Amy Leigh Barnes was found stabbed to death in the flat that was her first home away from her parents last Saturday morning. Her former boyfriend, a 21 year old aspiring footballer, has been charged with Amy’s murder and his mother, a policewoman, has been arrested on charges of assisting him. 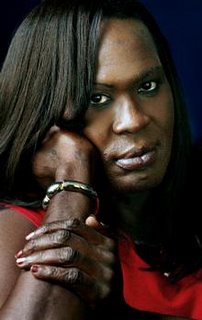 Then, on Sunday night in Memphis, Duanna Johnson was shot dead in the street. Duanna was in the process of bringing charges agains the Memphis police for a brutal assault (she was beaten in the face by a police officer who had wrapped handcuffs around his fist, an attack that was caught on CCTV). Witnesses saw three men fleeing the scene of her murder, but there are some suspicious circumstances which, if true, may implicate the police. Helen has more over at BoP.

There is so little we can say when awful things like this happen, except that our thoughts are with the family and friends of these two women. And that it seems apposite to take a moment to mention two new initiatives related to preventing male violence against women. Please let’s all lend our support to the people who are working to prevent things like this from happening.

OVM is a project of the Artemis Fund, Inc. which is a non-profit that works to promote the human rights of women and girls and to end violence against women in all its forms.

Secondly, Millon Women Rise are launching their 2009 campaign with an event in Bradford on the 25th November (the UN Day to End Violence Against Women). Speakers will address the systematic rape, torture and mutilation of women and children in the Democratic Republic of Congo, which has continued although much of the country is now at peace. For more information see MWR 2009’s Facebook page.

Image of Amy Leigh from Manchester Evening News. Image of Duanna via transgirlriot