December’s comments on features and reviews 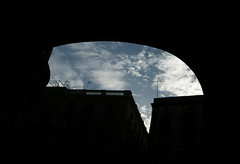 Check out the comments on features and reviews sent in during December.

We had a massive response to Samara’s article about the harassment she suffered growing up with big breasts.

Other much-commented-on articles include: Molly’s feature about gender segregation in pop, Victoria’s thoughts on abortion and disabilities and Rachael’s account of the lack of patient confidentiality in the NHS.

Photo by Gerard Girbes, shared on a Flickr under a Creative Commons license