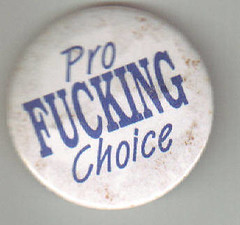 Barack Obama is preparing to overturn the global gag rule, which prevents organisations receiving US aid if they offer abortions, or even information about abortions. Various sources are reporting that Obama will sign an executive order later today, ending the policy.

According to The Guardian:

The rule change continues the dismantling of George Bush’s conservative policies. It is likely to encounter fierce criticism from the still robust anti-abortion movement.

It will allow US aid, usually through the US agency for international development, to flow to HIV/Aids clinics, birth-control providers and other organisations that advocate or provide counselling about abortion across the world. It is known as the “global gag rule” because it denies US taxpayer dollars to clinics that even mention abortion to women with unplanned pregnancies.

The rule was signed by President Ronald Reagan in 1984, overturned by Bill Clinton in 1993, and reinstated by Bush. Critics of the rule say it deprives the world’s poor women of desperately needed medical care, while proponents say US tax dollars should not promote abortion.

Meanwhile, the US Senate has just passed the Lily Ledbetter Act, which reverses time restrictions on workers seeking legal redress for pay discrimination – NOW has more on that.

Feministe has a fantastic Executive Order Watch post on the go, tracking the Obama administration’s first moves. Obvious highlights include closing Guantanamo Bay within a year, ending rendition and reversing the Bush-era rulings on what constitutes torture.

Photo by Sarah Deer, shared on Flickr under a Creative Commons license