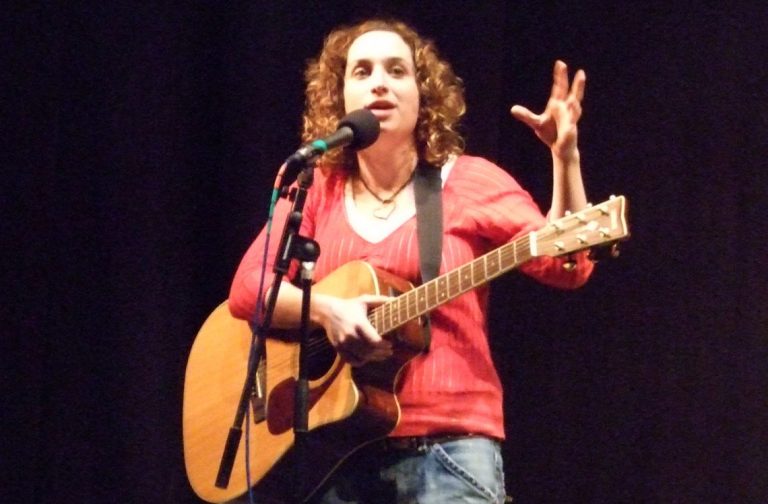 Last night I had the distinct pleasure of seeing Issy Suttie perform at Leeds University’s Comedy Sessions. For any Peep Show fans out there, she played the frisky, geeky, cheese-loving Dobby who woos Mark in the stationery cupboard. On stage, she’s even more adorable.

Her set consisted of weirdly cute songs about childhood crushes, green sweeties and dancing Slovakian princes, letters from her mother detailing the ins and outs of rural life in Matlock, the town with the third worst heroin problem of any small to medium urban conglomeration in the Peak District (apparently), Mr Mississippi’s jazz-infused guide to getting a lady into bed, Amy Winehouse stuck in a well and an anti-drugs puppet show featuring the one and only Stoner Snake. What more could you want?

While it wasn’t always laugh-out-loud comedy (though I did nearly wee myself when she brought out some google translations of her mother’s letters, but then I am a translation geek), Suttie had a wonderfully warm stage presence, a pleasingly expressive face and a beautiful singing voice, and her act was both inventive and engaging.

Thoroughly recommended, though I hope no one else has to sit through a tepid warm-up act who resorts in desperation to that most over-used and unfunny “edgy” piece of material, the rape joke. Sigh.

Image by Diamond Geyser, shared under a Creative Commons Licence.