Who you callin’ what? Radio 4 explores 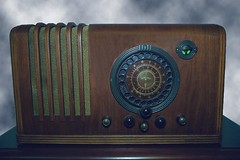 Just 12 hours left to listen again to the first episode in Radio 4’s Call Yourself a Feminist series.

Historian Bettany Hughes presents the first in a series of three discussions tracing the development of feminist ideas from the 1960s onwards.

A panel of guests explore the issues which motivated women to join together under the banner of feminism. While activists pursued campaigns involving street protests and fighting through the courts, other women were alienated by their arguments. Both feminists and non-feminists join Bettany to recall key events.

It all disappears tomorrow as the second episode is broadcast at 9 am and again at 9.30 pm.

Historian Bettany Hughes presents the second in a series of three discussions tracing the development of feminist ideas from the 1960s onwards.

Bettany’s guests are former local government leader Linda Bellos, businesswoman Roz Morris, academic Lynne Segal and author Beatrix Campbell. They discuss feminism in the 1980s and what it meant to them.

Final episode airs next week Tuesday, again at 9 am and 9.30 pm. This one includes me and feministing’s Jessica Valenti, plus an academic who talks about the pink pants action in India (fun!).

Photo by The Rocketeer, shared under a Creative Commons license