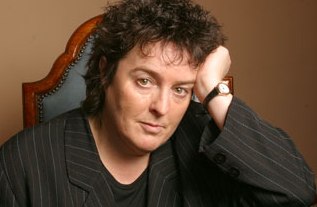 Of course it’s not news anymore, but this post is just to recognise that Carol Ann Duffy is the new poet laureate. She’s the first woman and (erm, obviously) the first lesbian to hold the role. The Guardian put it like this:

Four hundred years of male domination came to an end today with the election of Carol Ann Duffy as poet laureate.

Duffy said on Woman’s Hour (as reported by the Guardian) that she agreed to take the job “purely because they hadn’t had a woman”.

She declared herself ready to tackle the official verse which the laureateship requires, but only if the occasion inspired her. “If not, then I’d ignore it,” she said.

She plans to donate her yearly stipend of £5,750 to the Poetry Society to fund a new poetry prize for the best annual collection. “I didn’t want to take on what basically is an honour on behalf of other poets and complicate it with money,” she explained. “I thought it was better to give it back to poetry.”

She has, however, asked that her “butt of sack” – the 600 bottles of sherry traditionally given to the laureate – should be delivered up front, after learning that Motion is yet to receive his allocation.

I’m one of (tens of thousands?) of people who were actually introduced to Carol Ann Duffy at school, in A Level English class. A lot of her poetry is of feminist interest, but the most obvious collection to look at is The World’s Wife, which gives voice to the wives, girlfriends and sisters of various historical and mythical famous men throughout history, including Mrs Midas, Queen Kong and Frau Freud.