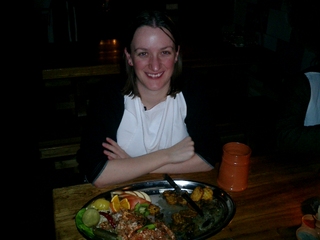 I was asked earlier today (as were other writers on The F-Word) if I was interested in commenting on gendering of food through advertising. And I thought it was quite an interesting subject. Here are my thoughts:

I have a real problem with “gendering” food at all. From the “women like chocolate more than sex” stereotype to the notion that certain products will sell better to men if you describe them as “not for girls”. At best it’s unnecessary and at worst it’s directly promoting gender prejudice.

In particular what is a problem is that as soon as food is deemed suitable for women, it will almost certainly be a lower-calorie version of the original food. The inference that women are or should be dieting all the time is noxious in a world where eating disorders affect a huge proportion of teenage girls and adult women and are on the rise. At the same time the “real men don’t diet” message makes it harder for men to choose to eat healthily and is certainly a contributory factor in the sky-high (relative to what it could be) levels of heart disease, stroke, etc seen among men in the UK. This imbalance also plays into the notion that men do or should do tougher physical jobs (fire-fighting, military roles, etc) and play sport in their free time while women are seen as weak and in need of a “strong” man to look after them. These are all notions which do nothing for our society except to act as drivers for sexism, stereotyping and discrimination.

If food manufacturers want to sell me their food – they should make better quality food. Organic, traditionally and locally farmed, free from additives and excessive packaging and without those kind of bulking-out products that have become so commonplace on the modern food shelf – “exotic” fruit juice that’s mostly grape, “meat” pies that are mostly onion. Real food, real value, and real concern for the environment will appeal to me – not patronising out-dated gender stereotypes.