Daniella sent us in this photo she took of an er… interestingly proportioned mannequin in New Look: 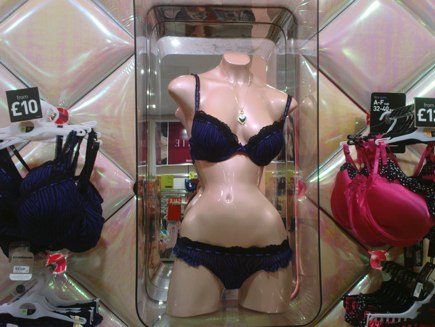 While shopping today in New Look (guilty pleasure) I came across this truly unbelievable mannequin in the underwear section. The bust and waist are so disproportionate that the bra doesn’t even fit around the chest, it hangs bizarrely off the body.