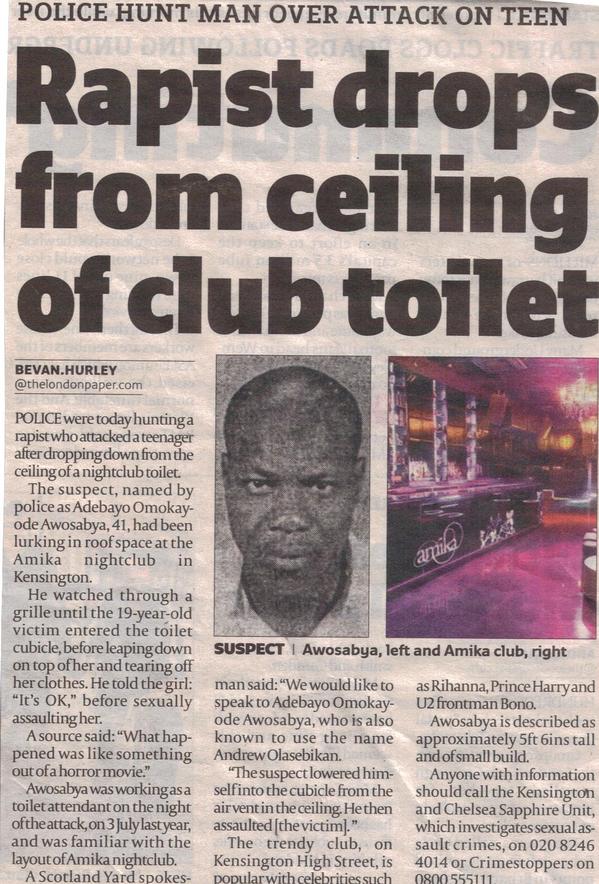 Rape and the Police

This story from yesterday’s London Paper is shocking and horrifying. One element of it that I am still spitting about is the time line. Police were “today” (i.e. yesterday) hunting for a rapist who attacked a woman on 3rd July last year.

This guy hid in a roof above a toilet and leaped down to rape a teenage. He doesn’t sound to me like the kind of guy who should be left to roam the streets for a year before being apprehended. How many other women have been attacked while the police did nothing? And how hard would it have been for the rapist to leave the country in the space of a year thus ensuring he never faces charges for his crimes.

Only a few months ago we were horrified to discover John Worboys had been left by police to roam the streets searching for new victims while outstanding cases against him were left to fester. When are police going to start taking rape seriously?

But of course The London Paper doesn’t bother asking questions to chase up that angle (like when was the crime reported and why has it taken so long to chase up on it?), instead it focuses on the fact that Bono and Prince Harry sometimes went to the nightclub in question. Well whoopee – I wonder what they usually have to drink and what they think of the music… oh hold on didn’t someone mention rape a minute ago? So question two: When is The London Paper – and other media – going to take rape seriously?