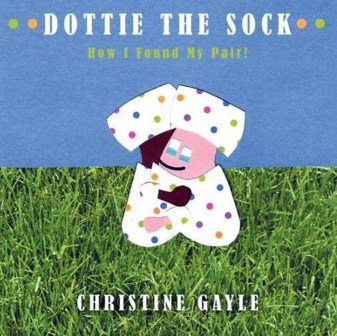 An Australian woman has had a criminal conviction for making a false police report of rape overturned, after the man accused of raping her was convicted of attacking another woman. Abyss2Hope has more, but I think this is the key point (other than that it’s horrendous that women are getting charged at all):

Often those who repeat, “Innocent until proven guilty,” when responding to a man being charged with rape are the quickest to forget or abandon this concept when a girl or woman is charged with lying about rape.

A court in India has overturned a colonial-era law which outlawed gay sex. The BBC reports:

Delhi’s High Court ruled that the law outlawing homosexual acts was discriminatory and a “violation of fundamental rights”.

The launch of the exhibition sees the well known local writer A L Kennedy perform readings from eight women who dared to speak out against human rights abuses and are profiled in this celebration of freedom of expression.

AfterEllen reviews a book for young children about a lesbian sock:

How I Found My Pair! is only the first of Dottie’s adventures. Once she finds her pair, the little lesbian sock is going to star in a 10-book series, through which Gayle hopes to teach children to accept and respect themselves, as well as their peers. She dedicated the first Dottie story to four grade-school children who committed suicide after being tormented by classmates.

Dottie isn’t written PSA-style. The language is simple and fun, the pictures are colorful, and the little sock’s escapade is believable: she’s just a girl sock looking for another girl sock to love her.

“The story I’m trying to tell is that Dottie is just like anyone out there,” Gayle told NBC. “It doesn’t matter if she’s black or white or Muslim or lesbian.”

Lithuanian president Valdas Adamkus has vetoed a bill passed by the parliament, which “would prohibit the discussion of homosexuality in schools and ban references to gay and lesbian relationships in public places where children can see them”, reports the Advocate.

L’Oreal, as is widely reported, has been found guilty of racist discrimination against employees. Apu considers how the firm (and others) is responsible for perpetuating the belief that beauty is white, and the impact this has on women in India:

What does it do to a child to constantly hear that she is in some way inferior? What does it do to a South Indian child to be told that she ‘looks South Indian’, as if that were an infectious disease? Discrimination on colour is well and kicking in this country. Leaving aside the issue of media representations, until parents and schools start confronting it head-on, a large proportion of children in this country are going to grow up with warped ideas of what beauty is.

Over at Comment is Free, Zeinab Huq posts about the impact of sharia on women she knows.

A US theatre company is reviving the 1970s poem/play For Colored Girls Who Have Considered Suicide When the Rainbow Is Enuf, by Ntozake Shange, reports AfterEllen.

As is often the case in U.S. lists of the same type (e.g. OUT Magazine’s Power 50), lesbian and bisexual women make up a much smaller portion of the list. Of the 101 people mentioned, only 22 are women. In an another unfortunate similarity to many other lists of this sort, there are only a handful of LGBT people of color included in it.

And apparently no ethnic minority women.

Pickled Politics links to an interesting-sounding podcast about the role of Jewish women in Bollywood history.

Dr Neera Desai, one of the founders of the first women’s studies programme in India, has died from cancer, aged 84, reports FeministsIndia (via Feministing).

The Tate Modern was last week the venue for a re-enactment of feminist performance art from the 1970s, Once More With Feeling – Charlotte has more info at Subtext. And The Guardian interviews French feminist artist Orlan.