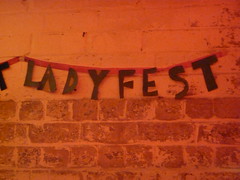 Just a quick post to say congratulations to the organisers of Ladyfest Edinburgh which took place over the weekend.

I didn’t attend everything, but have a few pics from the things I did attend to share.

On Thursday there was a comedy night hosted by Sian Bevan which by all accounts went down well.

On Friday night, I attended the Sister Spit* spoken word performance, which was the last night of their European tour. Whilst the set was much shorter than I had expected (maybe due to the group’s need to rush back to Heathrow immediately after they’d come off stage) the readings were interesting. [*Website seems to be down at time of writing, but link worked yesterday] 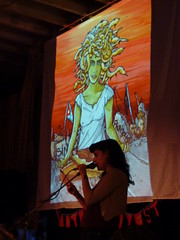 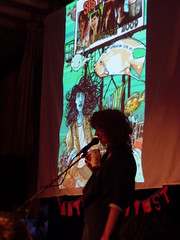 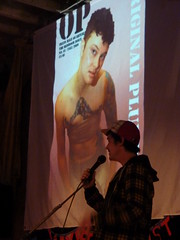 They included Cristy C Road’s account of growing up as a Cuban-American in Miami, with her art as a backdrop (above left).

Amos Mac introduced us to a slideshow of images from his new magazine for/about trans men, called Original Plumbing (you can read more about this here) (above right).

And from the UK, Em Ledger from Sheffield based DIY/feminist/queer collective Lola and the Cartwheels read out a piece from a zine in which someone wrote about how much feminism and riot grrrl meant to them: 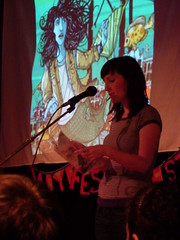 After the performance, someone from the audience read out a couple of really fantastic poems from a book called Word Warriors: 35 Women Leaders in the Spoken word Revolution.

Saturday was a day of workshops. Most Ladyfests I have been to have had an explicitly poltical element to them, in the form of panel discussions, debates or showing of feminist documentaries, but this Ladyfest seemed more about art, music and culture (which in a way of course you could argue, is poltical in itself). So, workshops involved DIY herbal potions, knitting, good cause banner making, comedy, poetry, and life-drawing (which I was excited to try, and in the spirit of Ladyfest, had a male model instead of the standard female model, yay). Unfortunately, it seemed that a couple of planned discussions (e.g. masculinity) didn’t take place in the end. 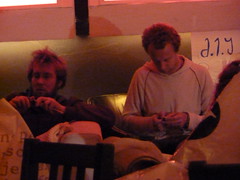 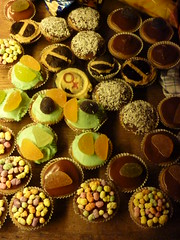 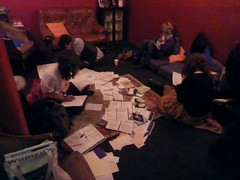 There was also a zine / book library and reading area, and I picked up several really interesting ones including Raise Some Hell! A feminist child-rearing zine by the CRAP collective (Child Rearing Against Patriarchy). Excellent!

I wasn’t able to attend the bands on Saturday or the Sunday events, so if you have any comments on those, please share!

Finally I’d like to point out some cool places to visit if you’re in Edinburgh any time. 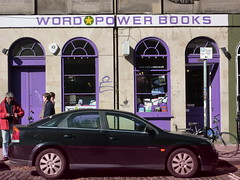 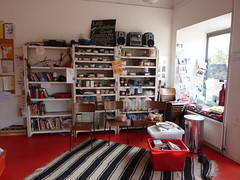 First of all is the political, independent bookshop Word Power where I picked up a lot of feminist publications and learned that there is going to a be a Trouble & Strife Reader published soon (Trouble & Strife was a British radical feminist magazine that was published between 1983 – 2002). That should be a really interesting one to look out for. (above left)

Next I would recommend a visit to the Autonomous Centre of Edinburgh who sell food, maga/zines, have an extensive political library and who run various community activities. And they are very friendly as well. (above right)

So that’s the end of my mini review (which turned out to be not so mini). Did you go to Ladyfest? Send us any links to any reviews or info, or comment below.

Finally, good news for Edinburghians – a chat with one of the organisers revealed that they are thinking of having a Ladyfest on a regular(ish) basis, so there is (hopefully) more to come!

(p.s.Thanks to all the people who kindly said hello to me – you know who you are!)