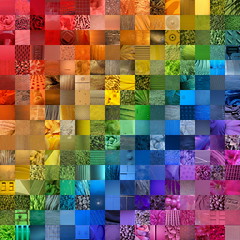 Having visited Hamley’s for the first time this weekend and been confronted with separate, colour-coded floors for “boys'” and “girls'” toys – apparently boys don’t like arts and crafts or dressing up and nine-year-old girls need French manicures to look “fabulous” – I was delighted to come across the Pink Stinks website. I think we’ve linked to it before but thought it was worth highlighting again, particularly as the founders, Abi and Emma Moore, recently won the SMK ‘Women Creating Change Award’. From the site blurb:

PinkStinks is a campaign and social enterprise that challenges the culture of pink which invades every aspect of girls’ lives.

This site is for parents, and aims to gather support, promote discussion and ultimately to mobilize that support to influence marketeers and the media about the importance of promoting positive gender roles to girls.

Research tells us that self-esteem amongst girls is at its lowest ever and we are asking WHY?

We believe that body image obsession, is starting younger and younger, and that the seeds are sown during the pink stage, as young girls are taught the boundaries within which they will grow up, as well as narrow and damaging messages about what it is to be a girl.

We will redress the balance by providing girls with positive female role models chosen because of their achievements, skills, accomplishments and successes.

On this website you will find our continually growing list of real role models. Let’s educate, inspire and motivate our girls.

It makes me so mad that both girls and boys are limited by the way their toys, activities and clothes are marketed, and I hope the founders of Pink Stinks and other like-minded parents can successfully fight back against what appears to be a growing trend.