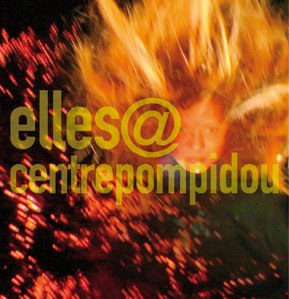 A minor feminist art revolution took place in Paris in 2009. The Pompidou Centre, which houses the French National Museum of Modern Art, has re-hung its collection of modern and contemporary art with an emphasis on women artists. It is not just another exhibition of women’s art, but a re-thinking of the way that work by women artists has up to now been exhibited in major museums. It is also an attempt to show the development of modern art through the female perspective and to ask the question, does this parallel development take the same direction as the progress of art as a whole?

When will the Tate in Britain attempt such a novel idea? It is interesting to speculate that it never will, being too obsessed with bogus theories on political correctness to actually risk appearing to be deliberately unfair to a particular group – especially men. Or more likely, the Tate haven’t collected enough work by women to fill a single floor of Tate Modern.

At the moment the Pompidou Centre devotes the whole of one floor and part of another to work by women artists, all taken from their established collection. The museum owns art by more than 400 women and has only the space, even in such a large gallery, to display the work of half of these. However a total of 8,000 square metres have been devoted to showing some of the most inspiring and in-your face work created by women artists over the past 100 years.

This is an international exhibition. From French painter Suzanne Valadon and the Russian artist and designer Natalia Goncharova, through the abstractions of Portuguese Vieira da Silva and the surrealism of the US’ Dorothea Tanning, to Austrian Valie Export’s performance art and Lebanese Mona Hatoum’s video installation, they are all here and for once are being exhibited as the precedent over their male contemporaries.