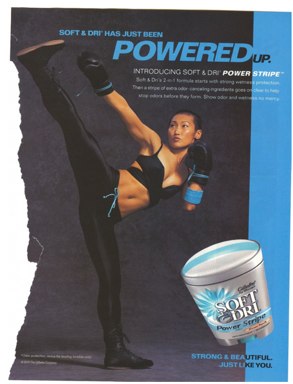 How the gender binary is fractal – ‘girly’ blue

We’re familiar with gender as a binary: under this system blue is coded as for boys, pink is for girls, and so on.

But sometimes it does get more complicated. Using the gendering of colour as an example, lisa at Sociological Images sets out how this binary can be fractal: meaning that blue is for boys, but within blue, there are ‘more feminine’ shades – generally lighter or softer blues, and ‘more masculine’ shades. This fractal metaphor really strikes a chord for me. lisa explains:

That means that, for every male or female version of something (say sports versus dance), there is a further gendered split that can be made. If we take sports, we might divide it into the masculine football and the feminine swimming. If we take swimming, we could probably divide it down further. Take education (which is, arguably, feminized): we can split it into physical sciences (masculine) and social sciences (feminine). And we can split the physical sciences into biology (dominated these days by women) and physics (dominated by men). So the gender binary has a fractal character.

She shows how advertisers use this to subtly gender their messages, for example these sports-related ads directed at women. This one, for example: 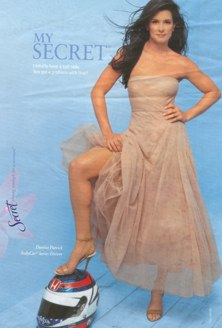 When I was shopping for boxing gloves recently, the only ones ‘for women’ were pink – or baby blue: 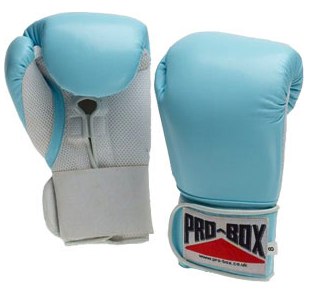 What’s going on here? With the boxing gloves, my interpretation was that manufacturers worry boxing is coded as for men in our culture. Perhaps they are noting some women are interested in boxing, but believe they will be ‘put off’ or need special catering to, or that the best way to sell them stuff is simply to copy the popular tactic of coding the stuff they’re selling feminine by making it pink. Perhaps use of pastel, soft blue performs a similar task for companies who consider men the default market for their products, I’d suggest the messaging they’re looking at is “yep, it’s blue, but still soft and unthreatening” (not for nothing ‘baby’ blue, after all).

Remember pink toolkits? Shiny Shiny posted about this screwdriver with a baby blue handle – covered in a floral pattern too, for extra points:

For a female beginner in the use of screwdrivers, the Flower Power screwdriver is recommended. Its floral ‘English Rose’ design will make it appear familiar and perhaps remind you of your tea towel, china cup or other reassuringly well-known household items, thus rendering the frightening experience of wielding a screwdriver less traumatic.

lisa says of these ads:

Usually the use of a “girly blue” serves to balance masculinity and femininity. It’s no accident that these ads are sports-related, or use copy such as “strong & beautiful” and “I totally have a soft side. You comfortable with that?”