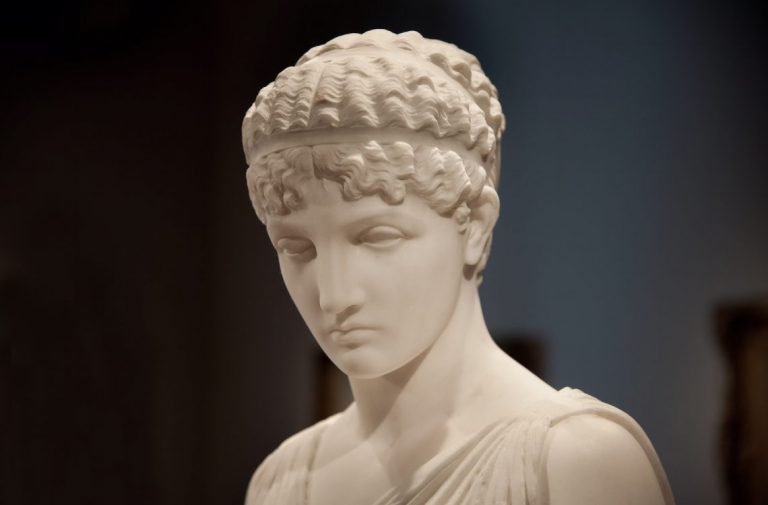 An adaptation of Carol Ann Duffy’s collection of poems told from the perspective of the wives of famous men in mythology is currently on at Trafalgar Studios in London.

From the Guardian review:

What Linda Marlowe does in performing these poems is remarkable. She is like a spirit medium – the women’s voices speak through her. Dressed in black, with high cheekbones and blazing eyes, she is old and young at once. As Penelope, she is Goyaesque behind a black veil, stitching words. As Mrs Tiresias, she is bent double, a freak in a flasher’s mac. In “Demeter” – the final poem – she gives us hope in a voice that is, at last, her own. This never feels like a one-woman show because the poems combine to describe Everywoman – Everywife.

Feature image of a sculpture of Penelope at de Young Museum by Glenn Franco Simmons from Pixabay. Image in the text is the front of Duffy’s book.