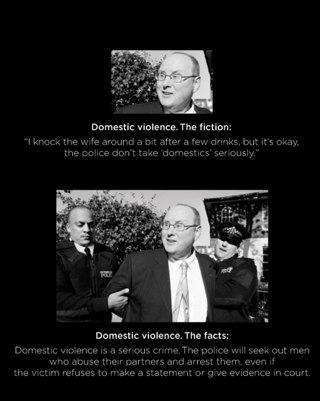 Spain has kicked off its six-month presidency of the EU calling for an EU-wide restraining order to be developed, to protect (overwhelmingly female) victims of domestic violence across borders, reports the Guardian.

Announcing the plan, Spain’s interior minister, Alfredo Rubalcaba, also made this very telling comment about how little attention is given at the EU level to violence against women:

He pointed out that he had been attending EU councils of police and justice ministers for more than three years. “We have never ever specifically discussed gender violence. We’ve never exchanged experiences and views on this.”

Three years of meetings, zero mentions of violence against women.

Perhaps this idea for a restraining order that protects women across the whole bloc will help change this. It’s also nice to see the issue of gender equality at the top of the list for the Spanish government’s political agenda.

There are few details of the proposed restraining order so far, but Rubalcaba says differences in the legal systems across the member states could stand in the way of implementation. Also, note that the UK has so far not signed on to support this initiative, so this could be a point to lobby government on:

In Brussels yesterday Spanish officials, supported by officials from 11 of the 27 EU member states, initiated draft legislation on a European protection order which would, if it became law, mean that a woman protected from an abusive and violent male by a police restraint order in any EU country would enjoy the same protection across all member states. The initiative is supported by countries from Bulgaria to Finland. The list of backers includes France and Italy, though so far neither Britain nor Germany.

“There is an EU-wide consensus on the need for this protection order,” said María Teresa Fernández de la Vega, the deputy prime minister. “But it is technically difficult.”

Spanish officials admitted they may fail because of the problems of reconciling different legal and administrative systems across the EU.

“It’s not easy,” said Rubalcaba. “I’m not sure we’ll be able to develop a joint restraining order within six months.”

But while officials called for a new system of collating and comparing statistics on violence against women across the EU, Rubalcaba urged much greater police co-ordination on the issue and complained that European police, justice, and home affairs officials never discussed the problem of sexual violence.