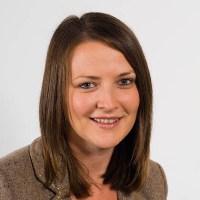 Guest post: Eating disorders are not a lifestyle choice.

In this guest blog, Bethan Jenkins highlights the launch of Beat Cymru. Bethan is Assembly Member for South Wales West, and chairs the cross-party group on eating disorders at the National Assembly for Wales. She also sit on the Beat Cymru steering group.

Here in Wales, a new charity, Beat Cymru launches at the National Assembly for Wales today. It is part of the UK charity Beat, the re-branded Eating Disorders Association.

As part of the launch process, the new charity carried out research with the company Beaufort to establish people’s view on eating disorders in Wales. Very little research on perceptions of eating disorders in Wales exists, therefore this research is to be welcomed. It is an attempt to gather information towards setting up an anti-stigma campaign, and in establishing who the charity should target support services to, and self help groups.

It’s clear that an anti-stigma campaign is essential, especially given that more than three quarters agreed in the survey that “talking about eating disorders is often a taboo subject”, and that many thought that an eating disorder was brought about by a diet gone wrong.

In conjunction with the launch of the new charity, the cross-party group on eating disorders which I founded and chair at the National Assembly – a group which provides a voice for those with eating disorders in Wales, has successfully lobbied the Welsh government for change (health is devolved to Wales).

We have secured a framework on eating disorders in Wales from the Health Minister, with ￡1m of funding for community services for the next three years. We are also campaigning for self esteem and confidence lessons to be a main part of the National curriculum in Wales as a way of seeking to stop young people from developing eating disorders later in life. We are dedicated to calling for a national in-patient treatment unit in Wales, as currently people who need specialised treatment must apply for private treatment in England.

I have met many people who suffer from eating disorders since my involvement with this campaign, and this evening at the Senedd we will hear the story of Sarah Perrot from Swansea, a young ice skater who had an eating disorder.

Young women I have met are pressurised to be thin, to look attractive, and we need to educated them to believe in themselves, and to recognise that the images on their screens and the airbrushed pictures in their magazines do not reflect the normality of the people we see every day on our streets.

I look forward to working with Beat Cymru in the future, and to tackling the stigma associated with eating disorders.