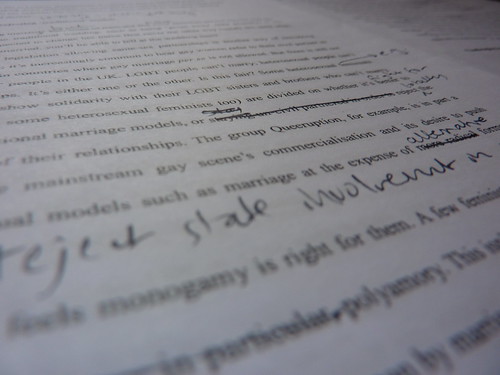 I’ve been pretty quiet for the last few months as I’ve been finishing my book (co-written with Kristin Aune) Reclaiming The F Word – The New Feminist Movement (annoyingly the title and some of the information on Amazon is wrong but I’m sure it will be fixed soon. D’oh!) It’ll be published in June 2010 by Zed Books and is about the new resurgence / reclamation of feminism that we’ve seen over the last ten years; today’s issues and today’s activism. It’s a positive and optimistic look at the very wide-ranging feminist movement today (we hope anyway!).

Anyway, I’ll be speaking at a couple of events in February and March, both connected to the 40th anniversary of the first national Women’s Liberation Movement conference at Ruskin, Oxford (here’s a link to a fascinating excerpt from a documentary about the original event called A Woman’s Place; the bit where the men running the creche are interviewed amuses me!).

On 26-27th February, The Way We Were and Are at the Freeword Centre, London, will “reflect on forty years of the women’s movement, with women who were there at the Ruskin conference in l970 and those of later generations. The four panels will be around the themes of History, Ordinary Lives, Power, and Sex, looking at how things were and how they have changed.”

On 12th March, I’m so honoured to be speaking with my co-author Kristin Aune at the Women’s Liberation Movement @ 40 Conference, at Ruskin itself, Oxford.

We’ll be presenting the results of our survey of UK feminists from last year, which will also be published in our book. We had almost 1300 responses from all over the UK from people ages between 15-81 and the results are really interesting!

Sneak peek: majority think men can be feminists; 70% started to identify as a feminist under 20 years of age; 70% think the internet has been instrumental to today’s feminist movement; more mentioned their mum than Germaine Greer when asked ‘who inspires you most as a feminist’. We also asked a lot of other questions which involved inputting around 25,000 data elements into the database, with help in particular from the tireless Rose Holyoak.

The results and details of methodology and demographics of respondents will be published in full in the Appendix to our book, and additional extras will be on our yet to be built website www.reclaimingthefword.net

As we publish some of these results over the next few months I’ll be linking over from The F Word. Many of you contributed to the survey, and we are so grateful for everyone who did and hope that it’ll cause some interesting debate.

Righto, that’s all from me for now. If you’re at any of these events please do say hello.

Photo by me, of re-writes on Chapter 2

Other feminist books, are of course, available…! :o)