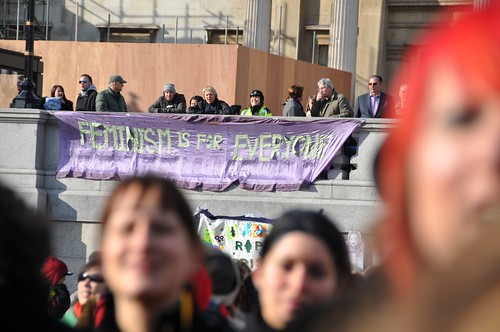 The third Million Women Rise was just as inspiring and amazing as ever, as chants of “women, join us!”, whistling, shouts and singing reverberated through the crowd of women from across the country and beyond. It’s also great to see The Independent ran some photos!

Only one issue cast a pall on the day – the MWR organisers’ reluctance to make their own stated policy public and clear on their website and flyers that trans women are welcome on the march and included in their signature chant, “One woman, One song, One body, One love“. 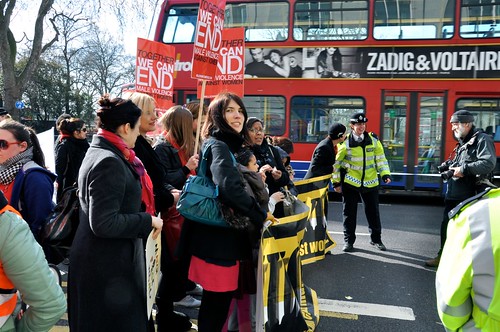 They say sit back – We say fight back!

They say silence – We say justice! 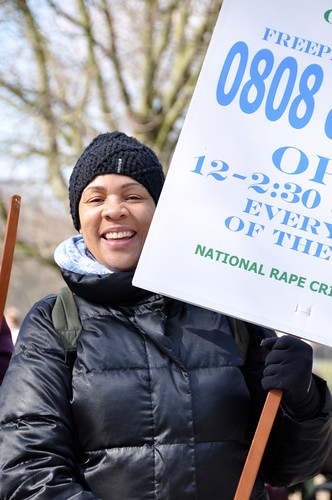 Power to the women

Cos the women got the power

Sister, can you hear it?

Getting stronger by the hour 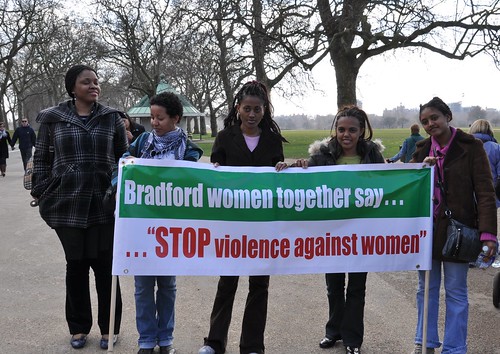 Say it once, say it again

No excuse for violent men!

Say it once, say it loud

We are women, we are proud! 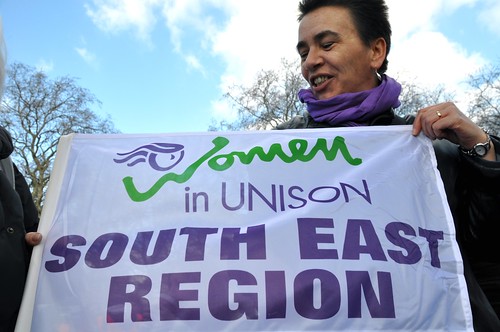 Cath Elliot with a Unison flag – Cath also spoke at the rally. 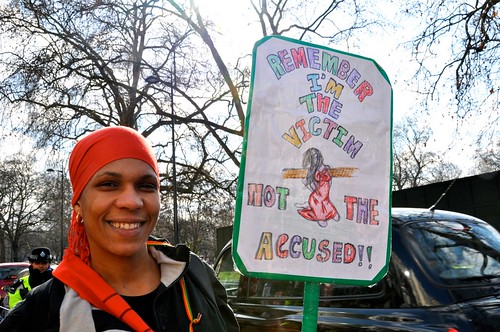 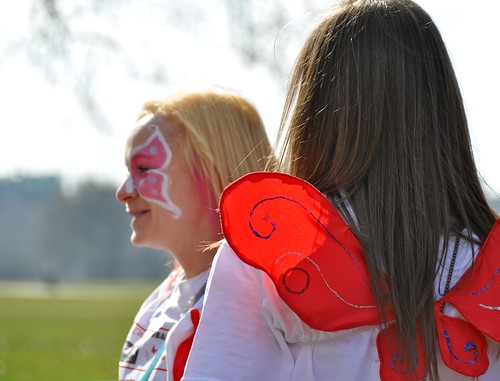 Women from the Butterfly Project. 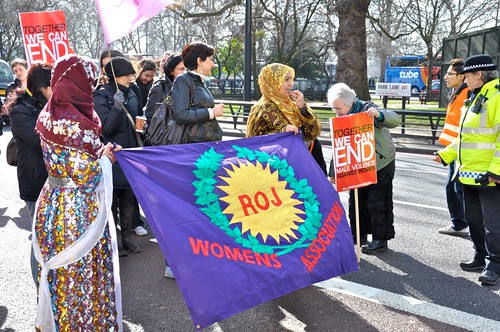 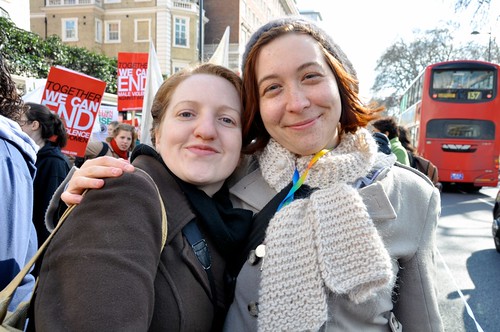 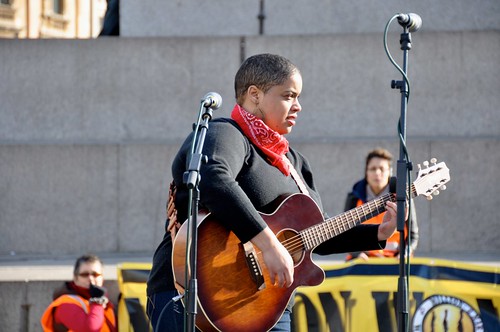 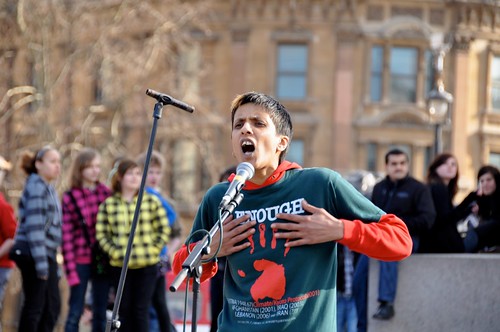 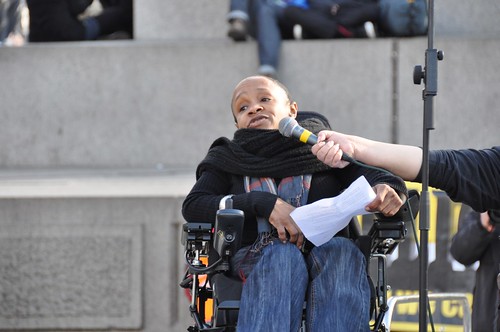 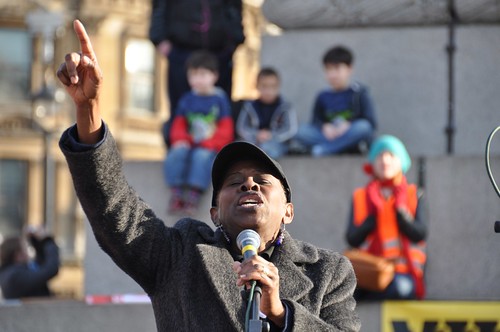 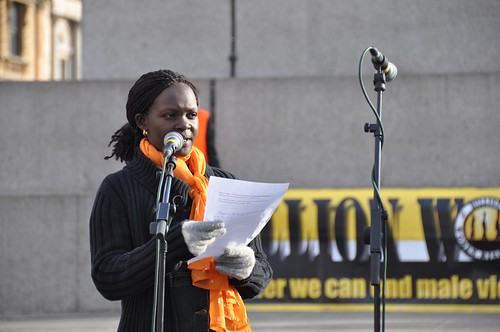 Videos from the march

* According to the march organisers – also, this is 3,000 more than last year!