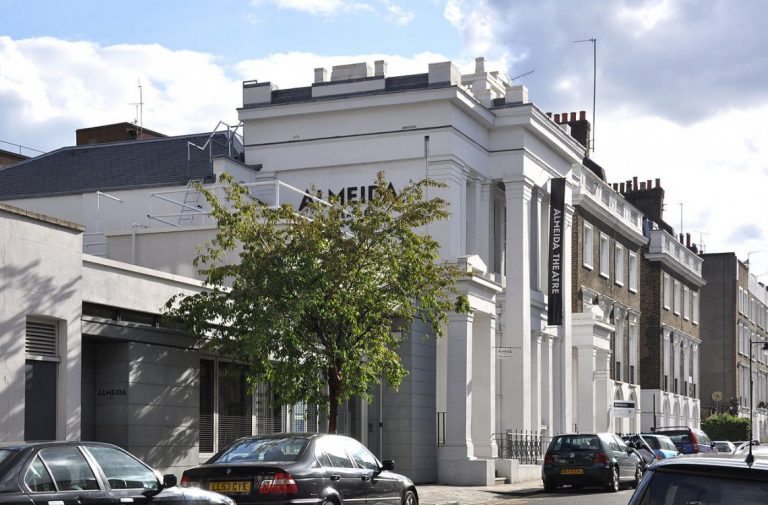 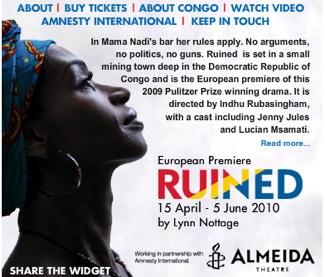 If you’re able to go and see Ruined, do. On until 5 June at the Almeida Theatre in London:

A small mining town deep in the Democratic Republic of Congo.

In Mama Nadi’s bar her rules apply. No arguments, no politics, no guns.

When two new girls tainted with the stigma of their recent past arrive, Mama is forced to reassess her business priorities and personal loyalties. As tales of local atrocities spread and tensions between rebels and government militia rise, the realities of life in civil war provide the ultimate test of the human spirit.

The play (written by Lynn Nottage), is an emotionally intense and draining experience; there were many people crying by the end of the performance I saw last night. It must be tough emotionally on the actors – who are all fantastic, by the way. As well as baring witness to some of the atrocities that have happened in the DRC, as a piece of drama it is exceptional.

The performance is being supported by the Congo Now coalition of NGOs and Amnesty.

The feature photo of the Almeida Theatre is by Andreas Praefcke and shared under a Creative Commons licence from Wikimedia. The image in the text is a flyer for the show.