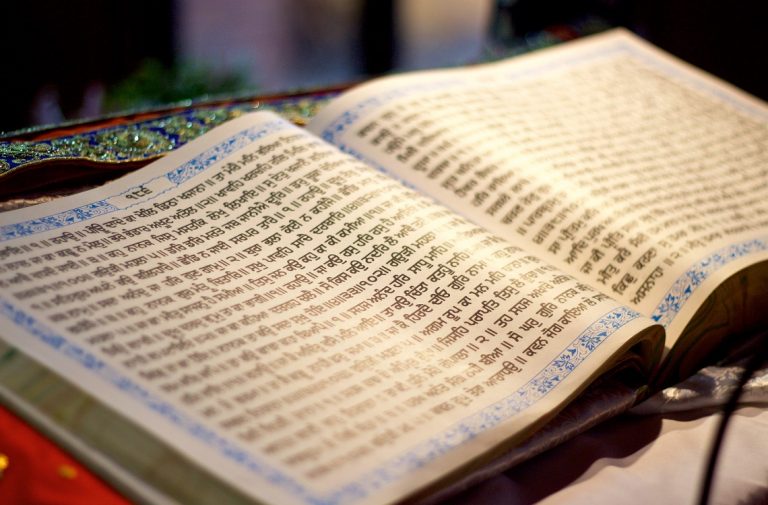 As you may have gathered from my name, I am a Sikh. A principle of Sikhism not to engage in missionary work and by writing this blog post I would like to make it clear from the outset that I am not trying to convert anyone, but simply want to explore the situation of women who belong to the Sikh religion.

One of the most important festivals in the Sikh calendar will be celebrated this week by the 336, 000 Sikhs who live in Britain. Vasakhi marks the New Year and the creation of the Khalsa, one of the most important institutions in Sikhism which stands for equality for all. As proud as I am of my religion and its principals of equality, there are times when I feel that women are not always as equal as men when practising Sikhism.

There are ten Gurus, or teachers, who shaped Sikhism into the religion that is practised today. They all thought women should be equal to men. Guru Nanak, the founder of Sikhism and the first of the ten Gurus said:

“In a woman man is conceived, from a woman he is born … why denounce her, the one from whom even kings are born. From a woman, women are born. None may exist without woman”

Considering he lived in the 15th century, this is quite progressive. He also decided that women should be given full access to the religion. They were free to preach, lead services and to pray without needing to consult a man first.

Guru Amar Das, the second Guru, condemned polygamy and the act of sati, the ritual burning a widow on her husband‘s funeral pyre. He thought that all women should be educated and have the same access to education as men. He also thought that women should wear what they want and refused to meet with women who kept purdah.

The last Guru, Guru Gobind Singh gave all Sikh females regardless of their age or marital status the name of Kaur meaning that they would not have to take their husband’s name if they married. He also forbade female infanticide or contact with those that did this. Guru Gobind Singh encouraged women to be warrior-like and to fight against those who persecuted them because of their faith. There are stories in Sikh history of women drawing swords to defend themselves and others.

Despite all the examples of equality in Sikhism, I am in the strange position where I should be able to reconcile my feminist beliefs with my religion, but cannot always do so. Ancient cultural traditions sometimes take precedence over the principles of feminism in Sikhism.

Maharaja Ranjeet Singh, one of the most famous Sikh Kings in Moghul India often considered a model Sikh, had seven wives. Not only does polygamy go against Sikh beliefs but half of his wives committed sati when he died in 1839. In Britain all Sikh females are educated until at least 16, but in India, school attendance of girls is lower than that of boys. My great-grandfather laughed at the school teacher when he suggested that my grandmother should be allowed to go to school.

There are also contemporary examples. As a Sikh woman, I am encouraged to dress “modestly” and show as little leg/arm/cleavage as possible outside the house. I have an entirely separate wardrobe for visiting my conservative relatives. The Asian Network has reported in the rise of British-Asian couples travelling to India to abort female foetuses and no sweets are shared among relatives to celebrate the birth of a girl, as usually happens when a boy is born. In all the years that I have attended services in England I can only ever recall seeing two women reading the scriptures and leading prayer. Today the ideal Sikh woman is supposed to be meek rather than warrior-like, obey her husband/father and is considered trouble if she does not do so.

I know many feminists are atheists or agnostics and consider religion to be an outdated patriarchal institution. I fully respect their opinion and would never attempt to convert anyone. But I myself have had too many “moments” which have proved to me that God exists and if I stopped going to the Gurdwara, I would lose my links to my community, as it acts as a cultural centre and not just a place of worship. What I would like is change from the inside and recognition from the Sikh community that sexism still occurs openly. Only then will I be able to state with confidence that Sikhism is a feminist religion.

The feature photo is by cchana on Flickr and shared under a Creative Commons licence. It is a picture of an ornate copy of the Sikh holy book, the Gutu Granth Sahib.