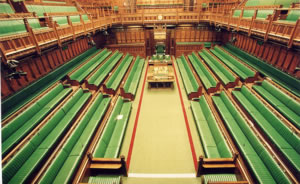 The number of women MPs has edged up, and women are likely to make up about 21.5% of the Commons, from 19.5% before the election, according to the Centre for Women and Democracy, and the Fawcett Society.

From their press release:

These figures are provisional in that they do not include the 23 seats still to declare at the time of writing; however, statistically these seats can make little difference to the outcome.

Nan Sloane, director at the Centre for Women and Democracy, commented:

“These figures are a real disappointment and demonstrate that, despite the political parties’ efforts to increase the percentage of women MPs, no real advance has been made at this election. Indeed, had there not been an unusually high number of MPs retiring, and had there not been a relatively high number of women standing in those seats, we would have seen an actual and significant fall in both the number and the percentage of women in the House of Commons.

“In our view the time has now come for radical action – no constitutional or electoral reform will have democratic validity unless it ensures the full participation of women at the most senior levels of our political life. Until we take some clear and effective steps to rectify the position we will continue to lag behind most of the rest of Europe, and it will take decades – if not centuries – to rectify the position.”

Photo from UK Parliament, shared on Flickr under parliamentary copyright