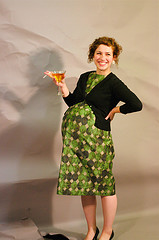 New pronouncement from the National Institute for Heath and Clinical Excellence (NICE): all pregnant women should be routinely breath-tested for carbon monoxide to see whether they’re telling the truth about whether they smoke, and how much.

Image by Jeff Werner, shared under a Creative Commons license