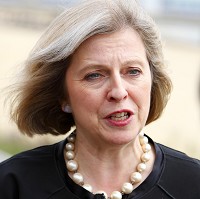 Government confirms Equality Act to be implemented as planned

Via the UK Press Association:

The Government is to go ahead with Labour legislation which could require employers to disclose whether they pay women as much as men, it has been announced.

Home Secretary Theresa May, who is also the Equalities Minister, said that the implementation of the Equality Act, which was passed into law in the last Parliament, would go ahead as planned from next October.

Mrs May said that the new law – which brings together nine separate pieces of legislation into a single act – would reduce the burden on business by making it easier to comply with anti-discrimination rules.

However the CBI expressed disappointment that the new Government had not taken the opportunity to drop provisions requiring firms to conduct a “gender pay audit” if there is evidence of “unfairness”.

Katja Hall, the CBI director of human resources policy, said that the measure was likely to be misleading and could prove counter-productive in addressing the “gender pay gap”.

Mrs May said said that implementing the act in accord with the planned timetable demonstrated the new coalition Government’s commitment to equality.

She said: “By making the law easier to understand, the Equality Act will help businesses treat staff fairly and meet the needs of a diverse customer base. The law will be easier to understand and better able to protect people from discrimination. A successful economy needs the full participation of all its citizens and we are committed to implementing the Act in the best way for business.”