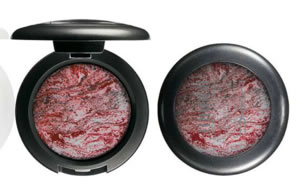 Cosmetics firm MAC has apologised and is to rename a range of makeup, in response to the outrage caused by its decision to seek inspiration from Cuidad Juárez in Mexico, where an estimated 400 young women have been violently murdered since 1993. (And the death toll could be in the thousands.) The cosmetics firm also plans to donate some of the proceeds to charity.

The mostly unsolved murders, known as “los feminicidios”, did not deter MAC and Rodarte from seeking ‘inspiration’ from the women working in the northern city’s factories.

The fact that Ciudad Juarez has been named the most dangerous city in the world seems to have been lost on the designers, who told reporters that their Fall/Winter ready-to-wear collection (unveiled in February 2010) was influenced by the lines of women workers they’d see on their way to factory jobs in the middle of the night. Compounding the offense is the marketing campaign surrounding the makeup line, which features ghostly pale women who look as if they have been raised from the dead. Even the blush compact is streaked with ribbons of red that look like blood.

Not only that, but to celebrate the mass killings of the very people who buy your product? Is that what they teach in business school? Or does the fact that these poor working-class girls earn £3 per day and could never afford MAC make-up render them not human in some way? Is that the message? That in this system, purchasing power alone gives you status as a human being?

More on this at: