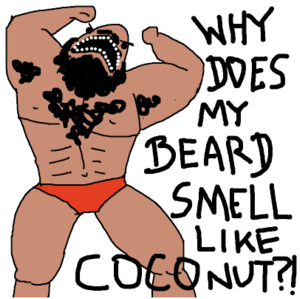 Dishonourable mention in today’s round-up has to go to the Daily Express, which has managed in the last few days to offend with not one but two incredibly awful covers.

The racism and ignorance of today’s Express headline, “One in 5 Britons will be ethnics”, is glaringly obvious. Tabloid Watch also posted the image the Express used to illustrate this vile story on their website – an image of Muslim women, one of whom is pushing a pram!

Somehow in all the post-election gloom, I managed to miss this: Nadine Dorries is on the Health Select Committee.

US environment site Grist has run a number of pieces calling for population control in recent times – in a welcome break, Fred Pearce argues access to family planning services must be led by a women’s rights agenda, not an environmental agenda. I could quibble with some of what he says, but I particularly appreciated his examples disrupting the stereotypes of women in poor countries not making active choices about how many children they might want.

Satirising stereotypes of men used by companies to peddle shower products, this post by Hyperbole and a Half is fantastic. Click through for the whole series. (Via Sociological Images).

Jezebel’s regular editors recently took a holiday, and handed over the reigns to the editor of another Gawker blog – Deadspin. A barrage of posts ensued making fun of Jezebel’s standard fare – to give a taste, A.J. Daulerio’s intro post was headlined “Greetings, You Pretty Little Readers Of Jezebel Nation”. Anyway. Over at Subtext Magazine’s blog, Charlotte says:

Extra anger appears because not one of the big feminist blogs has come out with critique, the editors who returned on Monday have nothing to say about it and I feel like maybe I missed the memo when everyone decided it was OK to let this slide didn’t reach the Subtext inbox. In failing to say anything, Jezebel failed to fight for the readers and Gawker put visits ahead of reader loyalty. Fail.

For me, a positive image of a fat woman might include some sense of autonomy. Ideally it would be produced by someone who has direct experience of a fat woman’s subject position. I don’t see any of that here. Instead, I look at venus and wonder: Where is her mouth? If she had a mouth, what would she say? “Get the fuck off me!” “Where are my rights?” Instead, a fat woman is diminished here through abstraction into little more than something passive, accommodating, squidgy and lovely – a magical fatty – and/or a disgusting blob. It’s so limited. We deserve better representations than this.

A short documentary made by school children in Brooklyn looks at gender stereotypes on the playground:

PinkStinks looks at some of the sexist advertising that has sprung up thanks to the World Cup – there is even a hoary old tale of women not understanding the offside rule. (A piece of retrosexism that reminds me so much of secondary school, I almost thought for a second I’d been whisked back in time to the 1990s.)

Jezebel notes a fascinating disconnect between truth and reality. Ruth Bader Ginsberg, a US supreme court judge, made some widely reported comments about abortion: the media glommed on to part of what she said: “We will never go back to the way it once was.” But apparently the rest of what she said went unreported.

Her full remarks have not yet been put online by the Aspen Ideas Festival, her venue for making them, but judging from the Daily Beast account, Ginsburg actually wasn’t declaring that reproductive rights would remain protected for the foreseeable future — at least, not all women:

If the court were to change its mind, “there won’t be any real change for anyone in this audience or any daughters of anyone in this audience,” Ginsburg said. “The only women who would be truly affected are poor women. Because even at the time before Roe, women who wanted abortions could have a safe, legal abortion…Women could travel from one state to another and didn’t have to go to Japan or Cuba…Whatever the court may do, it’s only the poor women who will suffer. When people realize that, maybe they will have a different attitude.”

Maybe. Or maybe they don’t really care about what happens to poor women. Hopefully — with Ginsburg on board — we never have to find out.

The University has bought a film by deceased artist Larry Rivers, which as Gage says is child pornography – she goes into the details a bit in her post, so click-through with caution:

Actually, the problem is that New York University seems unable to recognize that it’s child pornography, because it was made by a famous man using his two daughters as subjects. The problem is that New York University is denying the daughters’ request that the film be destroyed. NYU has agreed to restrict access to the film for the lifetime of the women, but that’s it… because, after all, this is the work of a great man.

The Sexademic has tips on how to tell if someone wants to fuck you.