More bad news on the Budget 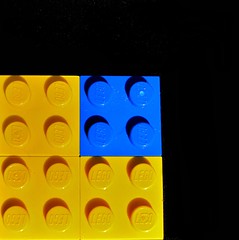 Women will bear the brunt of three-quarters of extra taxes and benefit cuts, according to a gender audit of the Budget carried out by the House of Commons library.

And that does not even include the impact of the astounding 40% cuts in public departments expected across many government departments, reports the Guardian. (Although also take note of one story in the Independent, suggesting the 40% figure is being raised to soften the ground and make stringent cuts more digestible).

“David Cameron promised the most family-friendly government ever. Yet they have just launched the fiercest attack on family support in the history of the welfare state,” she said. “This budget seems to be reaching back to a prewar approach to families. They’ve cut support for children more savagely than anything else so far, with billions of pounds being cut from child benefit, child tax credits, maternity support and child trust funds.”

She said her research showed that women would suffer disproportionately, even beyond the cuts to family benefits.

“Even if you put aside cuts in support for children, women are still more heavily hit,” she said. “Women are more affected by the cuts in things like housing benefit, cuts in upratings to the additional pension, public sector pensions or attendance allowances, and they benefit less than men from the increases in the income tax allowances. Even putting children aside, they are hitting women hardest.”

After looking at other budgets, she believes last month’s must be the hardest on women with Nigel Lawson’s 1988 budget – which abolished top rates of tax and froze child benefit and pensions – coming close.

The Guardian reports the audit found that of an additional £8 billion net revenue to be raised by the financial year 2014-15, almost £6 billion will be from women, while men will pay for £2 billion. This will be raised through direct taxation and changes to benefits.

This comes on top of warnings by Fawcett, that women make up 65% of the public sector workforce and stand to be hit hardest by the LibCon coalition’s ‘austerity’ Budget.

Photo of lego by Paloetic, shared on Flickr under a Creative Commons license