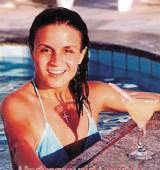 The trial of the cis man Leon Fyle ended this week with his conviction for the murder of Destiny Lauren last November. Media coverage has been predictably and disappointingly sparse (I’ve collated the majority of it in a series of posts at my own blog – link here), not to mention problematic in various ways. The BBC finally provided an update on the trial – link here – which was perhaps most notable for asking the question “Have transsexuals become easy targets?”

Although I have concerns about the framing of the question – I think it’s disingenuous in the same way that the old chestnut “When did you stop beating your wife?” is disingenuous, the answers received and posted in a subsequent piece – link here – may make instructive reading for any cis person who wishes to garner a degree of insight into the experiences of some transsexual women in Britain today. Here are a few quotes which struck a chord with me:

[…] the one thing that strikes me over and over is the extent to which our lives and medical history seem to be considered public property by all and sundry.

[…] I get sick of hearing people authoritatively claim, “oh, if you have a penis then you’re a man” […]

[…] We are not media stereotypes. If you live in a large city you pass several of us every day without realising. You share toilets and changing rooms with us and are none the wiser.

[…] transsexual people can be terribly vulnerable. It’s not just the “trans-panic” murders and the constant threat of day-to-day abuse if one doesn’t “pass”.

It’s also that trans folk in general will often find themselves joining vulnerable groups in other ways, such as having to resort to sex work or living in dodgy areas because we’ve lost our jobs, our homes and our families. […]

[…] nothing really has changed since the 1960’s on the treatment of transpeople. The problem is there are many old outdated archaic views on what is male and what is female. […] My experience after transitioning is I realised just what a male misogynistic world it is.

Reminder: Comments on this post but will be moderated in accordance with both The F-Word bloggers’ position on transphobia and cissexism and the site’s usual commenting policy.