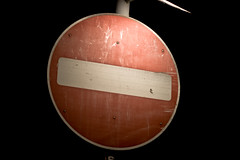 I went to see my GP a while back as I’d been having a number of mildly unpleasant downstairs issues and the usual at-home treatments didn’t seem to be working.

(I realise the state of my ladybits is probably not exactly what you wanted to read about on a sunny Sunday afternoon, but I’m in a sharing mood – and do actually have a relevant feminist point to make – so I’ll crack on.)

Mostly, I was worried that there might be something seriously wrong with me, but not being able to have penetrative sex with my partner was also getting pretty tiresome. After going through the various symptoms and my concerns with the doctor, she decided (perhaps just as a way of making conversation, who knows) to ask how my boyfriend was coping without sex. I’m not quite sure what she expected me to say, “Oh, you know, while I’m freaking out because I can barely fit a tampon up there, he’s mooching around in front of the Xbox with a face like thunder because I won’t let him play with his second favourite toy. Men!”

Funnily enough, my partner didn’t want to continue doing something that physically hurt me. If anything, he was more sensible about the situation than I was, and has been nothing but caring and supportive.

But according to our messed up sexual norms, I have no sexual desire (other than to be desired) and he’s incapable of empathy because his brain’s in his dick. Oh, and there’s no such thing as non-penetrative sex. Don’t you hate it when you can’t even do something as simple as go see a doctor without this rubbish turning up?

I stomped out of the surgery with even more irritation than when I went in.

Image by Chegs, shared under a Creative Commons license.