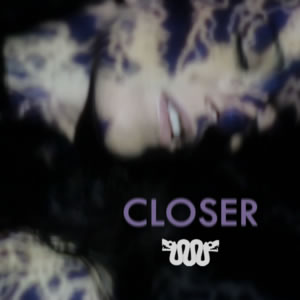 Argentinian electro-pop-rock duo TNTT are the latest in a string of acts to cover NIN’s classic hit ‘Closer’. Due out on 15 November, you can listen to a preview on the band’s MySpace or download the HouseHood remix here.

No doubt readers might have some strong feelings about the original. Here Ariel and Milena talk about the politics of how the song’s meaning changes when a female singer is added to the mix, women in the music biz and more:

For readers who don’t know you, can you tell us a little bit about yourselves and your band?

TNTT: We both moved to London attracted by the music scene, the cultural diversity and all the city brings but we met here in London through mutual friends. We have been friends for more than 10 years and had had a go at making music together but only last year we found the right project for both our passions. And TNTT came to be!

We are a boy/girl duo… Actually we are a wo/man duo! We are like two sides of the same coin. Our music combines electronic beats with crunchy guitars and hooky melodies and powerfully lyrics that touch on subjects like war or gender politics.

Why did you decide to cover ‘Closer’?

TNTT: We love NIN and most of Trent Reznor’s work. We were looking for a song to cover and found out we both loved ‘Closer’. We decided to have a go and see if it would work… We didn’t expect it to work so well! The guitar riff adds a more rocky feel to the song and gives it a bit of the TNTT signature. We loved the shocking lyrics put to such a simple melody and hooky chorus! We were attracted by all the things we could play with if we covered the song.

Can you explain how you feel about this song, and the politics of covering it – especially with a woman singing these lines?

Ariel: Most artistic decisions we take, we tend not to rationalise things too much. We get that gut feeling that something is right and timely and we just jump in to do it.

Milena: I love the strong lyrics and I can completely withdraw myself when I sing it, I think it’s very powerful.

Ariel: I think the lyrics are very interesting. He is saying you can achieve a ‘religious’ or metaphysical experience through connecting with our most basic desires. I think what he’s saying is that Nature is God. It’s also about the intimacy of the sexual act and how we abandon any idea of society or boundaries when we do it.

I think a female singing those lyrics is quite a transgression in many levels. In the sense a woman emasculating a man most obviously…

Milena: You can think of it as the woman taking complete control of the situation and taking the role of the man (if we take for granted that the other character is a man, that is!) or you can just interpret it as a woman becoming the man, which is not very common in pop either.

Ariel: We love to play with this ideas… Sexuality, gender politics and sexual roles are essential parts of what societies are made of, and Religion is a way of ordering this tension into a system. That’s why we think Closer is such a work of art and we tried to make it justice.

What do you think about women’s roles in the music industry these days. Are things getting better?

Ariel: I think that the music industry and the entertainment music generally reflects the role of women in society more than any other field. Women are still objectified and exploited. The noughties were the worst for that with the exaggerated notions of Feminine and Masculine. In a way the ’80s and ’90s androgyny tried to break the stereotypes of how women were represented and hopefully we are going back (or moving forward) to a more diverse playing field. However, in a world where Lady Gaga is consider the most daring artist around I feel there’s still a long way to go!

Milena: I think women always have to prove themselves somehow more than men do, It’s a tough industry to be in but that makes it a challenge and I love it.