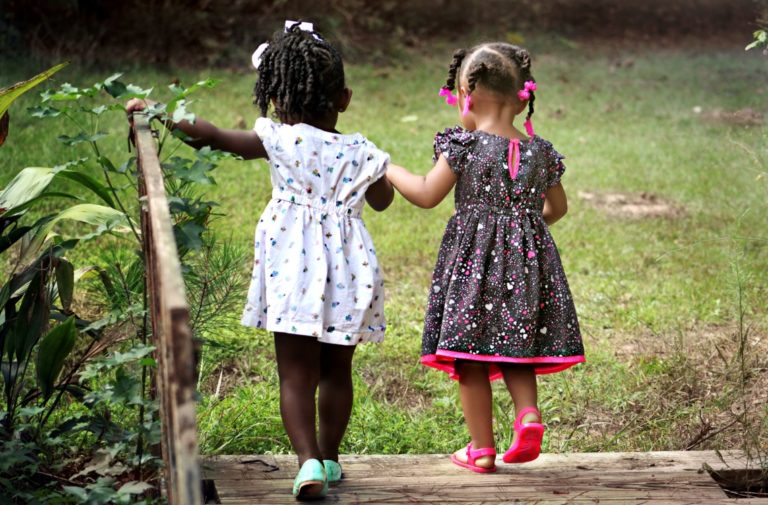 Last week, the Guardian ran three pieces in response to a Netmums survey result apparently suggesting Mothers are more critical of their daughters than their sons. Netmums has stated that 21% of the 2,500 Mums surveyed “admitted they are harder on their daughters” while 11.5% “said they are strict with their sons”. This doesn’t seem like a huge difference to me but a look at the October highlights on the Netmums media page reveals more than 25 media sources focussing on Mums apparently treating daughters and sons differently. This has understandably prompted much debate in subsequent comment threads and discussions on the radio, television and internet about whether this reported tendency in Mums is true or not.

It seems obvious to say these results potentially illuminate only part of a wider problem. After all, wouldn’t it be useful to see how Dads reckon they treat sons and daughters? Sexism and gender stereotyping is a problem whatever the gender of the person doing it, so why only put the spotlight on Mums? Why indeed because, funnily enough, it turns out that Dads were actually surveyed too (complete with a rather dubious dinner incentive not offered to the Mums). The trouble is that the results are not on the Netmums website.

All is not lost however because, luckily, Echidine of the Snakes has followed up on her very thorough analysis of the survey and its representation in the media by posting the full results of the Dads’ survey!

And guess what? Firstly, 51% of the Fathers with children of both genders who said they found it easier to bond with one of their children than the others said they found it easiest to bond with their daughter. This is admittedly a little lower than the 54.9% for Mothers saying they found their sons easiest to bond with and, again, only represents a very slight overall bias. Nonetheless, I would say it lends a little weight to what some commenters said in one of the Guardian threads about harsher treatment perhaps stemming from Fathers being under pressure to train their sons to be “men”, while mothers are expected to teach their daughters to be “women”. This, in turn, suggests a parent may be inclined to be tougher with the child who is supposed to learn to meet the same gendered social expectations (according to convention).

To add to all this, Echidne reports that she informed Netmums about the problems in the study and that their response was that the detailed results she was using in her posts were not “the most recent results”. However, there is no sign of these recent results anywhere and, as Echidne points out, this means only the arguably flawed summary is now available for those who wish to study the questions.

In addition to this, some Netmums users have also mentioned how leading they thought the questions were:

I took part in the survey and TBH I’m not surprised by the result…but mostly because I found it very leading. For example, in the section about traits there was no option to tick that both genders could be ‘funny’ or ‘loving’ just one or the other. So your results don’t automatically mean girls are purely stroppy and argumentative and boys are the only ones capable of being playful and loving, only that the way the questions were asked reinforced stereotypes. So that’ll be survey results with a large pinch of salt for me please. Natalie B(25)

Three cheers for Echidne’s posts for highlighting this issue in such depth!

Picture shows two girls, one with dark skin and hair in a curly ponytail and the other with a lighter skin tone and hair in pigtails, are holding hands and walking across a bridge in a park. Both girls have their backs to the camera and are wearing knee-length floral dresses. Shared by Max Pixel, under a Creative Commons license.