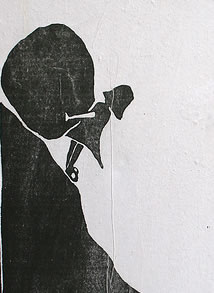 Sisyphus and feminist burn out

We all get it: the dreaded burnout. Those Sisyphus moments, where you feel like all the energy and effort that has been poured into making change is just not producing anything.

Earlier this year, Bidisha wrote a rabble rousing piece on the erasure of women in the arts. She follows up on her own blog with a piece on the frustrating lack of progress:

I have been working for nearly twenty years and have made no difference to anything. It is difficult to describe the sheer alienation one feels to participate in – even to chair and moderate – a discussion about arts, politics, culture, the world, in which no woman or her achievements is mentioned once, by anyone, at any time. I can’t keep sitting in a studio feeding flattering questions to a guy who’s written an average book and is busy namechecking 20 other ‘great’ men, while a female producer and female PR gape like groupies and ten works of actual genius by women fester in the bin. It is difficult to describe the surge of pain as one mentions a woman, any woman, in any context, only to see one’s companion automatically roll their eyes, then wait their way through the rest of the anecdote. It is devastating to begin pitching an item about an excellent book/play/film, “It’s about this woman who….” and see that your boss has already lost interest. Should you complain outright, there is always a moment when they look at you with open dislike and you realise you will never work for them again, and that part of your career is over.

I have been in too many meetings, in this so-called liberal artsy world, where anything a woman says is shot down or simply ignored. I have watched as women who are senior in years, rank and experience are talked over after saying only four or five words. I have smiled my way through countless apparently playful but actually sexually harassing remarks in the workplace. I have been the token woman on countless panels where, on the rare occasions when a work by a woman is reviewed, it is brazenly set upon and ripped to shreds, pettily, brutally, jeeringly, right down to its last fibres, with disgusting zeal. I am ready to abandon a career which I loved because I have finally seen its hatred and (worse) its hypocrisy up close. I no longer have any expectation of success, because the game is rigged. I have seen, in nearly twenty years, that at every literary event, the audience is full of women and the stage is full of men – a telling image.

Part of me wants to follow up with links to how to support women artists, writers, musicians (because I clearly can’t resist, here is a link to Ladyfest Ten for starters). But perhaps it’s actually more productive to talk a bit about what to do in these moments? Where do we go to recharge our batteries? Is it, in fact, an extra and unnecessary obligation to always feel positive about the prospects for change? How can we support each other in these times, as Bidisha so accurately puts it, “of despair”?

Image from jakedobkin, shared on Flickr under a Creative Commons license