The cuts: a disastrous blow for women’s equality 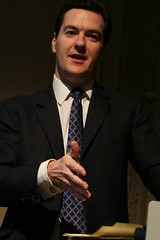 “Taken apart, many of the measures announced today will dismay women across the UK. Add them together and they’re a disastrous blow for women’s equality.”

This is the early reaction from Ceri Goddard, CEO of the Fawcett Society to today’s cuts.

Probably the full story of the impact of the Spending Review on the most disadvantaged and marginalised in the UK will take a while to unravel. But to begin with, here is Ceri’s take:

“The Comprehensive Spending Review, like the previous emergency budget, hits women hardest. It is women who will be the main losers as jobs are cut, public services are rolled back and benefits are slashed.

“The cuts are so deep and will hit women so hard that they risk more than women’s financial security – they threaten hard fought progress we’ve made on women’s equality. The Chancellor’s plans undermine the status of women as equal partners with men in the world of work, home and society as a whole.

“Of the half a million public sector workers facing unemployment, more than two thirds will be women. This is because 65 per cent of public sector workers are women, and more women work in the low paid, low grade and insecure work most likely to be hit. This comes on top of the 1 million women already unemployed in the UK – last month, 75 per cent more women signed on to unemployment benefit than men.

“The £18 billion a year cuts to the welfare budget, as outlined today and in the recent emergency budget will also see women bear the brunt as benefits typically make up one fifth of women’s income as opposed to one tenth of men’s. Taking Housing Benefit as just one example – a million more women claim this than men, and many of these will be lone parents facing poverty.

“Targeting local government is tantamount to singling out women for the hit – 75 per cent of local government workers are women; cumulative cuts of 28 per cent in the budget for this sector will have a disastrous impact on women as both employees and service users.

“Rolling back public services hits women particularly hard not only because they tend to use services more frequently and more intensively then men, but also because of their sizable caring responsibilities. Slashing at this aspect of the welfare state does more than reduce the support many women rely on, it also increases the burden they carry – many women with caring responsibilities for children and elderly relatives will find it harder to manage as the help they’ve thus far relied on dries up.

“The measures unveiled today seem, as is becoming a theme of the Coalition Government, to see women’s services and benefits as a soft target. But women aren’t starting on an equal footing – women typically earn and own less than men, and are more likely to live in poverty. They do not have the same independence and financial security that men do, and they are underrepresented in boardrooms, in politics and in public life generally. Making women bear the brunt of deficit cutting measures makes a mockery of the government’s claimed commitment to fairness.”