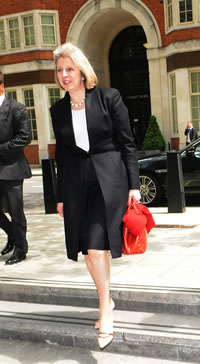 Home Secretary Theresa May intends to abandon one of the central measures in the Equality Act passed by the last government, reports The Guardian.

The socioeconomic duty would have required all public bodies to assess whether they were addressing inequalities caused by class factors, encouraging them to improve, for example, health and education outcomes in more deprived areas.

There has also been a general change in direction: instead of equality, the government will now try and strive towards “fairness”. We will have to wait and see what further implications there are for this shift.

The concept of equality had, she argued, become a “dirty word”, associated with “the worst forms of political correctness and social engineering”.

“I recognise that ‘fairness’ is a word that many will feel is perhaps not as specific as ‘equality’. But one of the problems is that equality has come to be seen by a lot of people as something that is available to others, and not to them. We do need to change our attitude and approach to it, and we do need to say that equality of opportunity is for everybody. The other problem with using the word is that it has been seen to mean equality of outcome rather than equality of opportunity,” she said.

“Using fairness as a word alongside equality will mean that the majority of the British people will start to see this is something that is about everybody, not something that is just available to specific groups of people.”

Or, as Jane Martinson put it over at Comment is Free:

Theresa May, the home secretary, set out a coherent ideology today that sought to cut back on government interference and encourage all 61 million of us in the UK – women, ethnic minorities, the disabled and, presumably, wealthy white men – to do it for ourselves.