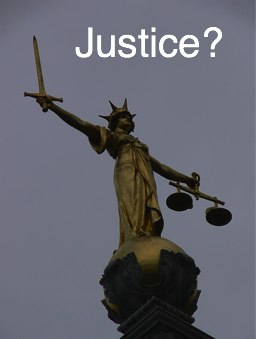 Sarah’s* story is extremely worrying for anyone concerned with rape prosecutions in this country.

You have probably heard about her case: she rang 999 reporting her husband raped her. Under pressure from her husband and sister-in-law, Sarah retracted the rape allegation – but was then prosecuted herself – not for falsely reporting the rape took place, but for falsely retracting her statement.

She was given a prison sentence for this ‘crime’, but this week England and Wales’ most senior judge rescinded the jail-term. Lord Judge said there should be: “a broad measure of compassion for a woman who had already been victimised”. He also described the allegations of rape “truthful”.

However, Sarah is still stuck with a criminal record – and a suspended sentence. The case against her husband has been dropped.

The Guardian has run an interview with Sarah:

Ray*, meanwhile, is holed up in the matrimonial home, refusing pleas from Sarah’s family to stick to a plan agreed in conjunction with a liaison officer from Barnardo’s before she was sentenced. This formal but not legally binding agreement stipulated that her sister would care for the children in the event that Sarah was sent down.

Ever since she went to the police to allege rape last year, the children had lived with Sarah in the family home, but Ray was allowed to see them regularly with agreement. But it was allowing him this contact which, Sarah believes, was her downfall. “He used them to get me,” she said.

Ray was not afraid to draw the children into the most harrowing scenes. “After he raped me, before I called 999, I was sitting by the side of the bed in tears, and he went and woke up our oldest child, pulled them into the bedroom and said, ‘Look at the state of your mother. She’s called the police and the police are going to come and take daddy away’,” said Sarah.

Already there is a problem with women being prosecuted for false allegations. It boggles the mind that we are now faced with a system that prosecutes someone for falsely retracting a rape allegation.