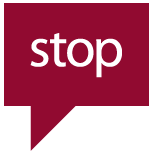 A hairdresser who calls a number, a bar man who makes a comment, a colleague who signs a petition, or a brother who speaks out. Together they are all playing a vital role in stopping domestic abuse*. On the 25th November, we at Scottish Women’s Aid launched our Stop domestic abuse campaign. We believe that domestic abuse is not inevitable and we believe that each and every one of us can do something to stop it.

When we look at the statistics we know that one in five women in Scotland will experience domestic abuse. We know that 88% of victims of domestic abuse incidents are women. We know that it costs the UK economy £5.7 billion in missed work hours, NHS provision, legal responses, mental health care and much more. The World Bank tells us that violence against women kills and disables more women aged 15-44 worldwide than cancer, malaria, traffic accidents and war combined.

These statistics, whilst shocking, don’t tell us about the fear, the terror or the controlling behaviour that many women, children and young people live with. They don’t tell us what it feels like to feel worthless, useless and degraded.

They don’t tell us how helpless we feel when someone we care about loses her sense of self, her confidence, her independence and, all too often, her life. Or how hard it is when we realise our friend might be harming someone. Statistics don’t tell us that domestic abuse is not inevitable or that, together, we really can make a difference. 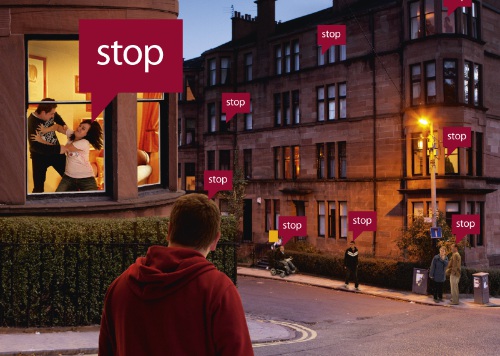 This 16 days we will be launching the Stop domestic abuse campaign with practical suggestions about how we can all work together to stop domestic abuse. We have ideas for 10 things you can do, we have template letters you can send, a pledge you can sign, or resources you might want to take to your workplace, school, university or faith group.

But we also want to hear from you. For too long domestic abuse has been seen as a private issue, but as any of us who has a friend, family member or colleague who has experienced domestic abuse knows it affects us all.

These people have been leafleting their church, phoning in talk-radio shows, joining the White Ribbon and telling their students about the history of domestic abuse. People have responded so quickly and with so much enthusiasm it reminds us that that many of us in Scotland, the UK, Europe and globally really do want to see an end to domestic abuse. Find out more here: together, we can stop it.

*Domestic abuse is used in Scotland to describe a pattern of ongoing controlling behaviour which gets worse over time. Physical force and threats may be used to maintain control. For more information on the Scottish definition please go here.