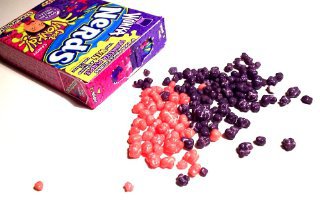 Who makes a good entrepreneur? From the mouths of venture capitalists…

Tech venture capitalist John Doerr spoke openly and revealingly about his views on entrepreneurs, during a recent Q&A session.

Although the Wall Street Journal gravitated to focus on his preference for nerds “without a sex life”, that’s not the angle which jumps out for me:

That correlates more with any other success factor that I’ve seen in the world’s greatest entrepreneurs. If you look at Bezos, or [Netscape Communications Corp. founder Marc] Andreessen, [Yahoo Inc. co-founder] David Filo, the founders of Google, they all seem to be white, male, nerds who’ve dropped out of Harvard or Stanford and they absolutely have no social life. So when I see that pattern coming in — which was true of Google — it was very easy to decide to invest.

As Restructure! points out:

In other industries—and if uttered by someone without a university education—people would call it “sexism”, “racism”, and “ageism”, but not in the technology venture-capital industry. Doerr sees a racial, gender, age “pattern” in which startups are successful, but such “pattern recognition” is misleading when startups led by women, racial minorities, and people over thirty may be unsuccessful because they are discriminated against and denied funding. The pattern may be systemic bias, instead of the inherent superiority of white men (under thirty).

The bias is not just anecdotal – one report from the first six months of 2010 found that women made up only 8% of founders of venture-backed companies in the US. Meanwhile, 87% of founders were white – compared to 77% of the US population.