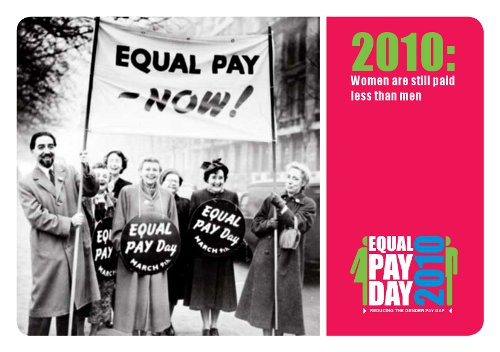 Women – time to down tools!

Today is Equal Pay Day 2010. Despite the Equal Pay Act of 1970, full time working women on average are still paid less than full time working men by around 16%. This means, figuratively, that if the average man and woman both work a full year, the man gets paid for the full year whilst the woman’s last paycheck comes today.

Reasons for the paygap are complex and may differ from case to case, but include the following factors:

The Fawcett Society is spearheading Equal Pay Day 2010, and is calling on the government to do three things to help:

You can find out more about Equal Pay and how you can get involved at Fawcett’s website.