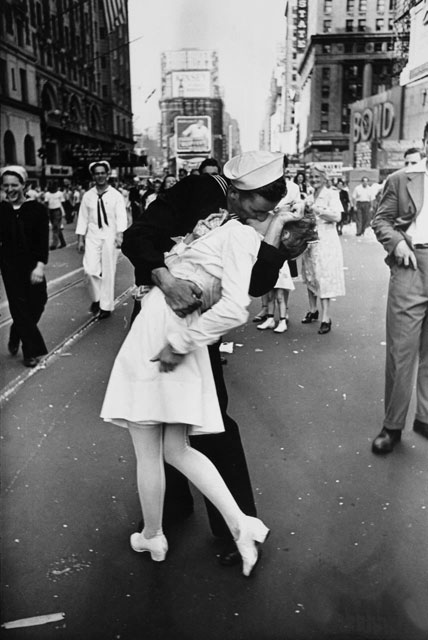 As Time Goes By

Letters of Note has an interesting post about the iconic photo V-J Day in Times Square, taken by the photographer Alfred Eisenstaedt on the day of the surrender of Japan during the Second World War.

It seems that, in 1979, Edith Shain – the nurse in the photo – wrote to the photographer disclosing her identity and Letters of Note carries a transcript of her letter. While providing a fascinating insight into the background of the photo from Edith Shain’s point of view, the following sentence caught my eye:

I had left Doctors’ Hospital and wanted to be part of the celebration but the amorous sailor and a subsequent soldier motivated a retreat into the next opening of the subway.

Perhaps this is the humourless feminist side of me coming to the fore, but I couldn’t help but think that, even on a day of national celebration around the ending of an international armed conflict, there was still no truce in the street harassment war.

Fair use image via Wikipedia

Thanks to Kirsty for posting the link on Twitter.