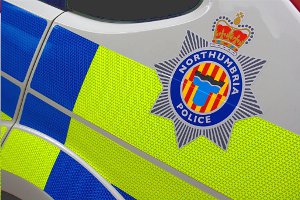 A police officer in Northumbria has been given two life sentences for raping two women and targeting vulnerable women in the course of his duties, reports the Northern Echo.

During the sentencing of PC Stephen Mitchell, the judge said:

“You targeted a series of young and vulnerable female drug addicts, who committed minor thefts and who passed through your hands, they were , as you well appreciate, living chaotic lives of desperation, committing minor offences prolifically to maintain their addiction.

“As with any member of the public who is arrested, they were entitled to be treated professionally and properly, whatever their offence, and to be kept safe from harm whilst in custody.

“You sought to achieve the opposite of that, you used methods which were abusive or corrupt in themselves or which involved a gross distortion of proper police practice to try to maintain them and get them to do your bidding in order to provide sexual pleasure for yourself.”

Worryingly, Mitchell was able to carry out these attacks during a five year period employed by the police, starting in 1999. How did this happen?

During his police service the trusted officer handcuffed and raped one woman after tracking her down when she moved home to get away from his four year campaign blackmail and threats.

He raped another woman, who he initially offered to help get her children back then threatened to plant heroin in her home, in his car and covered her mouth as she screamed in terror.

While all this was happening, Mitchell’s record was hardly spotless. The Echo reports that he was fined three days wages when found looking up friends of his ex-wife on a police computer, and in 2007 he admitted breaching the police code of conduct, after he had sex with a drunk woman he was meant to be getting home safely. Meanwhile, the BBC reports that when he was in the army, prior to joining the police, he had already been accused of a “serious sexual offence”.

Photo of the side of a Northumbria Police car by smlp.co.uk, shared on Flickr under a Creative Commons license