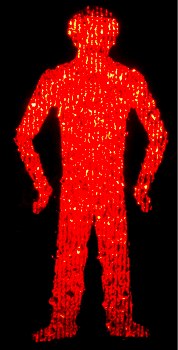 This guest post is by Ellie Hutchinson, a prevention worker at Scottish Women’s Aid

Have you ever walked past an accident or seen someone fall over and not stopped to help? Heard an alarm going off and not contacted the police? Or have you stopped? Asked what was going on? Most of us at some point will have been a ‘passive bystander’ and continued to walk on. Similarly, many of us know gender-based violence is wrong, but we might think that it’s not our problem or it’s not safe for us to challenge or intervene.

According to the World Bank, violence against women kills more women and girls aged 15-44 worldwide than road accidents, cancer, malaria and war combined. A study commissioned by LGBT Youth found that 81% of respondents experienced verbal abuse and nearly a third had been sexually assaulted. Research consistently tells us that many people globally experience gender-based violence; that is they experience verbal or physical abuse on a daily basis purely because of their real or perceived gender or sexual identity.

Workers from LGBT Youth Domestic Abuse Project, Rape Crisis Scotland, Scottish Women’s Aid, White Ribbon Scotland and Zero Tolerance came together to develop the Get SAVI bystander programme for colleges and universities as we believe gender based violence is preventable.

Pioneering approaches in the US have shown that university-based bystander programmes have been extremely effective in reducing the incidence of rape and dating abuse, encouraging a sense of community, raising people’s confidence and reducing the sense of fear on campus. These approaches have been extremely effective, but US campus culture is very different to that which exists in Scotland, so we felt it was important to develop a programme that worked in the Scottish and UK context.

This approach not only works as a ‘secondary’ prevention technique, that is, to minimise harm, but in the long term, we believe this will work as a primary prevention technique. The students that will take part of this approach will go on to be teachers, hairdressers, doctors, nurses, lawyers, mechanics. They will be parents, aunties or uncles.

We’re also hoping that this approach will be supported institutionally. We know that one of the barriers to speaking up is that people often don’t live, work or study in a safe and positive environment, and it’s important that institutions take responsibility for cultures of sexism and homophobia.

We’ve developed the programme so that students will be able to adapt and use the resources to fit their student communities best. We’re running the pilot this weekend (21-23 January) and hope to launch in March, after which point the resources will be available to download and used in colleges and universities by students or staff.

We believe that taking this approach to support people to think about safe and appropriate ways to challenge GBV is an important one to take. Together, we can stop it.