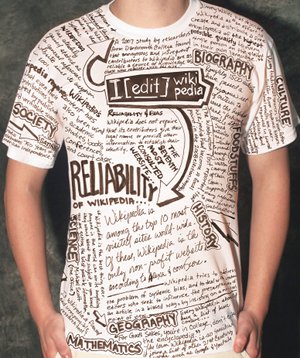 Wikipedia’s male bias and does it matter?

Only about 13% of contributors to Wikipedia are women, while the average person adding to the crowd-sourced encyclopedia is in their mid-20s.

The New York Times has an interesting story exploring some of the implications of the demographics of Wikipedia editors, particularly in terms of the length and depth of entries:

With so many subjects represented — most everything has an article on Wikipedia — the gender disparity often shows up in terms of emphasis. A topic generally restricted to teenage girls, like friendship bracelets, can seem short at four paragraphs when compared with lengthy articles on something boys might favor, like, toy soldiers or baseball cards, whose voluminous entry includes a detailed chronological history of the subject.

Even the most famous fashion designers — Manolo Blahnik or Jimmy Choo — get but a handful of paragraphs. And consider the disparity between two popular series on HBO: The entry on “Sex and the City” includes only a brief summary of every episode, sometimes two or three sentences; the one on “The Sopranos” includes lengthy, detailed articles on each episode.

Is a category with five Mexican feminist writers impressive, or embarrassing when compared with the 45 articles on characters in “The Simpsons”?

And that’s without even getting into the representation of feminism on Wikipedia.

Wikipedia is only as good as the expertise and knowledge of those who contribute; so of course it is essential for to have a wide diversity of people contributing.

The NYT interviewed Sue Gardner, executive director of Wikipedia, about the issue. She advocates a cautious approach, perhaps not wanting to stir up the trolls:

Ms. Gardner said that for now she was trying to use subtle persuasion and outreach through her foundation to welcome all newcomers to Wikipedia, rather than advocate for women-specific remedies like recruitment or quotas.

“Gender is a huge hot-button issue for lots of people who feel strongly about it,” she said. “I am not interested in triggering those strong feelings.”

But surely Wikipedia must do something, if only to serve its own basic agenda of genuinely crowd-sourcing content (and not just from a specific in-crowd), and as an open, collaborative project. There is more to making something open-to-all than simply allowing everyone to take part in theory.

Image by quartermane, shared on Flickr under a Creative Commons license