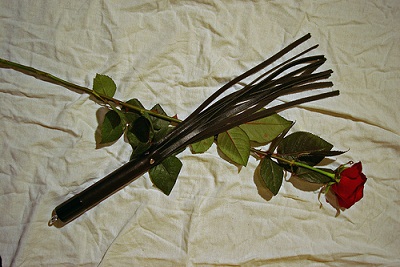 BBC Radio 1 has refused to play the official version of Rihanna’s new song, S&M, in the daytime, deeming it inappropriate for younger listeners. The BBC-approved radio edit of the track has been renamed Come On and all references to sex, whips and chains have been removed. The original lyrics include the offending:

Cause I may be bad, but I’m perfectly good at it

Sex in the air, I don’t care, I love the smell of it

Sticks and stones may break my bones

But chains and whips excite me

The video has also been causing controversy, with YouTube flagging it as inappropriate for under-18s and the Brit Awards organisers rumoured to be worried about the way she might perform the track at the ceremony. Whether or not the track and video are indeed unsuitable for under-18s (no doubt readers will be divided), I think the most interesting aspect here is why this particular song has been singled out amongst a plethora of tracks and videos containing sexualised lyrics and content.

To give just one example, Ciara and Justin Timberlake’s Love Sex Magic sees an skincrawlingly-arrogant Timberlake holding Ciara on a chain and her writhing all over him – see Soulbounce’s take down here – but no 18 rating from YouTube. Meanwhile, Radio 1 happily played 3Oh!3’s Don’t Trust Me all last year, which includes the charming lyrics “Shush girl, hush your lips, do the Helen Kellar and talk with your hips” and the additionally sexist “Don’t trust a ho, never trust a ho, Won’t trust a ho ‘cos the ho won’t trust me”.

In S&M, Rihanna sings about what she wants, what feels good to her and what she likes, and unlike most female pop singers, this doesn’t amount to wanting a man to want her. The video features her in both dominant and submissive positions, although even when she is tied up or in latex, we never see a man dominating her. Crucially, we see men both actively engaging in and being forced to engage in sexually submissive behaviour, with a man happily playing puppy for Rihanna (rather cute I thought, but I’m odd like that) and male journalists taped and gagged up as she prowls around them with a whip.

She uses S&M as a metaphor for her relationship with the press: we see them writing notes calling her “slut” at a press conference, which she conducts trapped behind a sheet of plastic in a dress made of newspaper cuttings about her. Through both masochistic pleasure in the face of the media onslaught and defiant (albeit very mild and playful) sadism as she gags and plays with the journalists, she shows that their words cannot harm her and that her sexuality is her own. Although she conforms to pop music video norms by remaining visually hyperfeminine and conventionally sexy throughout (god forbid a female pop star refuse to be sexy!), her subversion of the genre’s usual portrayal of sexual power singles S&M out as a unique threat to the status quo, and therefore to young eyes and ears. Oh, and she eats a banana.

Disclaimer: I’m not implying and certainly don’t think that consensual sexual activity involving men dominating women is inherently bad, but in the context of pop music, the constant M/f power hierarchy in lyrics and imagery is a problem and should be challenged.

Image by captain.orange, shared under a Creative Commons licence.